I was given two photos flown with the X7 and P1. The purpose of the project is to classify the green vegetation through pixel classification. So pixel value consistency is vital. Especially if I am using the same model. Below I have attached an X7 photo and P1 photo. To me, it is easier to identify the green vegetation with the X7 than it is with the P1. I was informed that the P1 provides higher resolution imagery. So why is it harder to identify the green grass, or for that matter any object? I believe the X7 was using the 24mm lenses and the P1 was with the 35mm. I don't hold much knowledge with camera specs, more in charge of the image processing. Could this be a camera issue or a preprocessing/calibration issue? I've found about zero information online except for the basic specs that Zenmuse has released.

I tossed these into QGIS and picked a few points on the yellow line and found the following results: 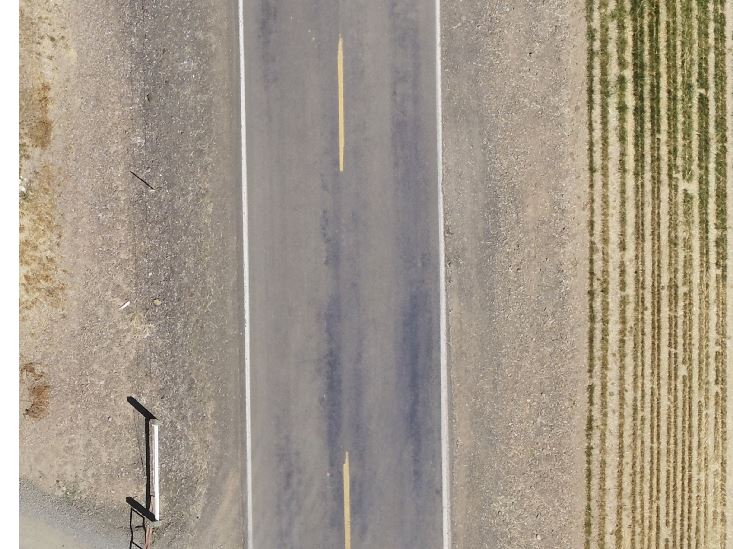 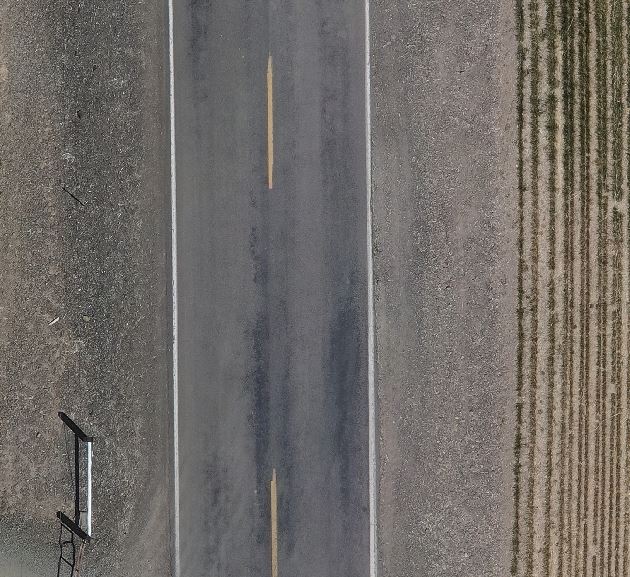 ** Items that are different

Rather than continuing in comments, I feel confident enough about the information we have to give an answer.

The differences between the theoretically adjustable settings (shutter speed, aperature) are fairly negligible. Though it is theoretically possible that 1/400th is not sufficient to completely preclude the possibility of drone vibrations reducing image clarity, zooming in on the picture I was unable to detect any motion blur. Furthurmore, that really shouldn't affect the colours all that much.

The aperatures (f-stops) are fairly similar; in a controlled environment I would personally prefer 7.1 to 10 simply because depending on the lens you can start losing focusing capacity as you lower aperature size (raise f-stop), and 7.1 is plenty high enough to avoid depth of field issues.

The big difference that I'm seeing is not only image size, but also sensor size: the P1 is actually full frame, with a 35.9x24mm sensor whereas the X7 is a much smaller sensor, with 23.5x15.7mm. So not only is your P1 taking a higher resolution of picture, the image inside the camera is spread across a larger sensor, which increases the optical precision.

I'm also assuming that the pictures that we're seeing are shrunken versions of originals, since neither is anywhere close to the dimensions that the drones take. Since the editing software starts with nearly double the pixelage for the P1 photo, it has way more detail to play with.

Bottom line: I doubt you can get the X7 to perform as well as the P1; you can try playing with settings, but you simply don't have as much resolution or as big a sensor.

Also, feel free to drop comments asking for clarification; I'm aware I may have thrown in some terms you may or may not be familiar with, but probably easier to clear up in comments. :D

Not the answer you're looking for? Browse other questions tagged dji camera or ask your own question.

4
Are drone batteries more prone to swelling than other li-ion batteries?