What is a "mushroom antenna"?

In Can circularly and linearly polarized antennae be used together for FPV? I read about a "mushroom antenna". While I have very little experience with FPV drones I am generally experienced in radios and I had not heard of such a thing, so my curiosity was piqued.

Searching the cybernets, I'm able to find a great many of these antennas, largely low cost devices aimed at the FPV market. But I was unable to find any engineering information, such as the details of their internal construction or radiation pattern.

So what precisely are these antennas? Do they have a particular construction or will any antenna inside a mushroom-shaped radome do? Are there any available technical documents which show their radiation patterns, either through simulation or empirical measurements?

first-person-view antenna video-transmitters
Share
Improve this question
edited May 1, 2020 at 5:21

A "mushroom" is just a clover-leaf antenna. Generally they have a plastic cover that makes them look like a mushroom, hence the name.

Some brand-name antennae actually have the word "mushroom" in their model name. In common parlance, though, unless the model name is spelled out fully (such as "VAS Mad Mushroom"), it can refer to any omnidirectional circularly-polarized antenna that has the characteristic mushroom shape.

The radiation pattern of such antennae is usually what you'd ordinarily expect of any middle of the road omni antenna, e.g. donut-shaped without much directivity.

The VAS Mad Mushroom is an antenna designed by a guy called IBCrazy (Alex Greve) and he was one of the first to explore circular polarized antennas for FPV. Back in 2011 he released detailed build instructions for the Cloverleaf antenna, and later improved the design and started selling the antenna as "Mad Mushroom". IBCrazy's build thread has information about the design of this antenna and its radiation patterns. 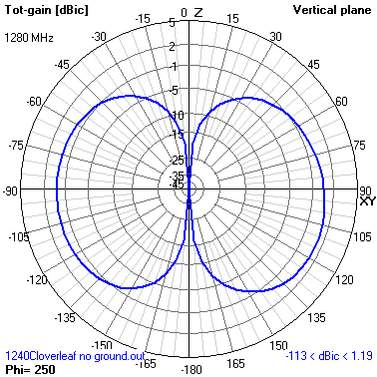 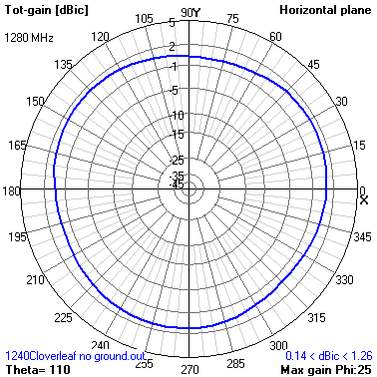 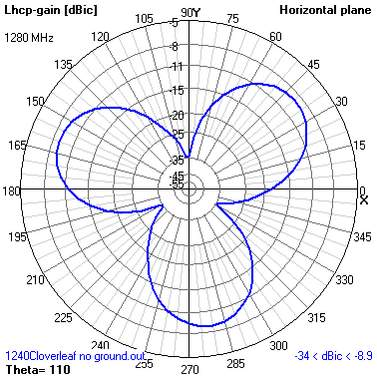 Not the answer you're looking for? Browse other questions tagged first-person-view antenna video-transmitters or ask your own question.

11
Can circularly and linearly polarized antennae be used together for FPV?

10
Should Crossfire transmitter antenna orientation match receiver antenna orientation?
6
What makes mushroom antennae so good at receiving and transmitting omnidirectionally?
9
How much does mounting an antenna near a carbon fiber frame degrade signal reception?
13
Why is it bad to power up a drone without an antenna on the VTX?
7
What is antenna gain?
4
What is the difference between a patch and helical antenna?
2
Does FPV transmitter antenna need to match the goggle receiver antenna?
3
In what direction should I orient the dipole antenna on my 2.4 GHz RC transmitter?
4
How does having bent antenna impact reception?
4
How far can you get video without a VTX antenna?