How to fix OSD flickering?

I just changed my Diatone R349 flight controller because the old one broke. On my first test flight, I noticed the OSD is flickering very bad, sometimes losing it for more than 1 second, even when not armed.

The video feed is good, just the OSD flickering.

The VTX and camera are powered by an external 5v regulator. The rest is powered by the FC.

I've read that it could be a ground issue.

Could it be something else?

EDIT: This is my current hardware and wiring diagram. 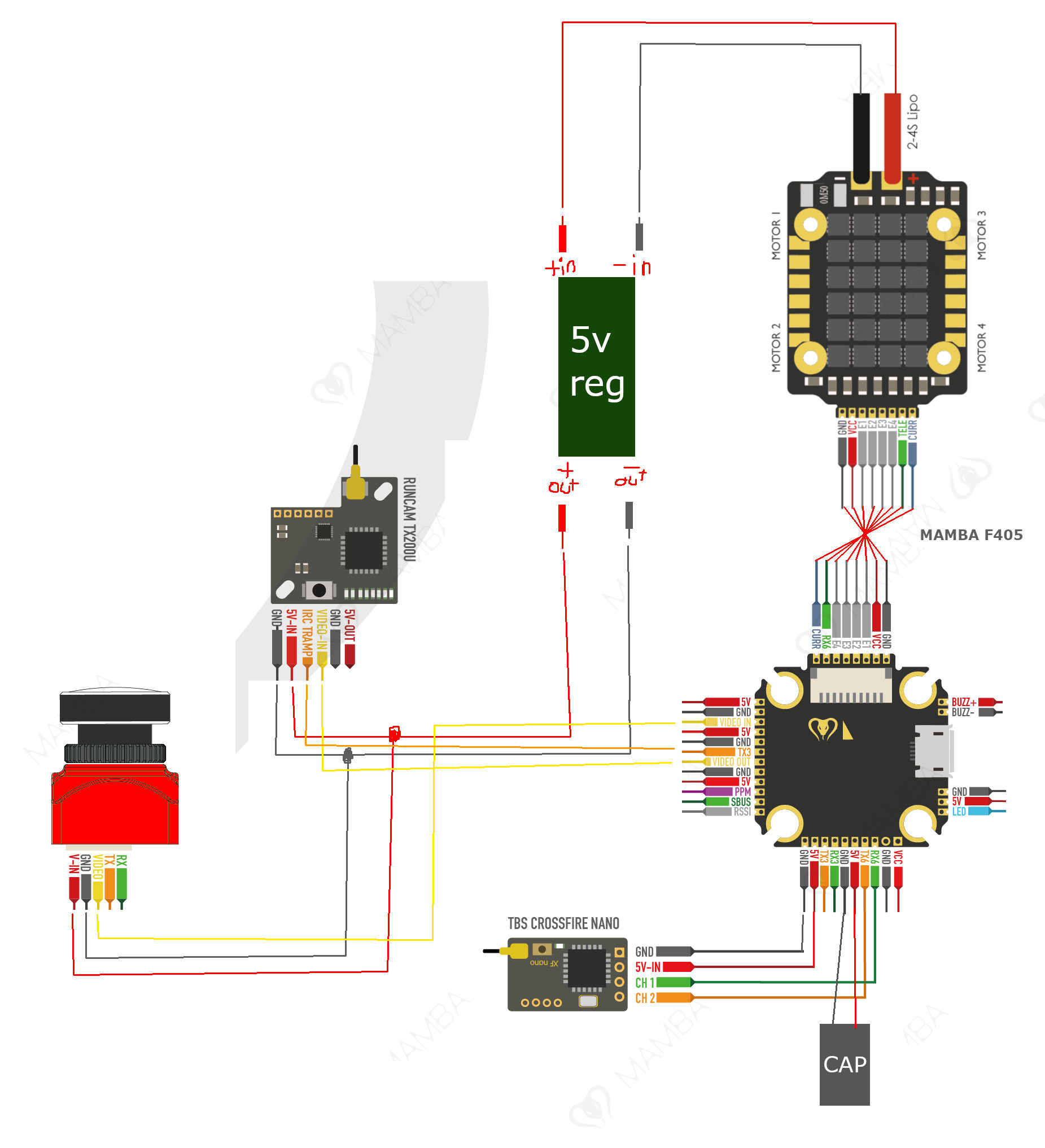 I know I'm a bit late to the party, but I just had the same problem as you and your solution didn't work unfortunately. What I instead had to do was connect a +5V wire from the regulator to the FC, along with the ground wire that you connected.

I wasn't really satisfied with only solving the problem; I wanted to know how the OSD could flicker without affecting the rest of the video at all, and I think I have figured something out.

In both our cases the underlying problem was that the ESC (where the FC and thus OSD chip got it's power from) introduced noise in the output from the built in 5V regulator, which in turn causes a ground loop (At least in your case. In my case it might just have been a deficient regulator). When arming and applying throttle, the motors draws more current which in turns generates stronger magnetic fields that messes with the other electrical signals. This explains why some people (including me) can experience even more flickering when the motors spin faster.

But why is only the OSD affected by this problem, and not the rest of the video?

I haven't found any sources about this, so the following is just my hypothesis based on the information I could find, and what I already knew.

If we take a PAL signal for example, and black and white to make it easier (NTSC and PAL are the two types of systems used for analog FPV video, both quite similar), it uses the voltage level to determine the luminance level of each pixel in each scan line, where 1 V is completely white, and 0.3 V is black[1]. 0 Volts is used as a so called sync pulse, and between each new scan line there is a sync pulse. 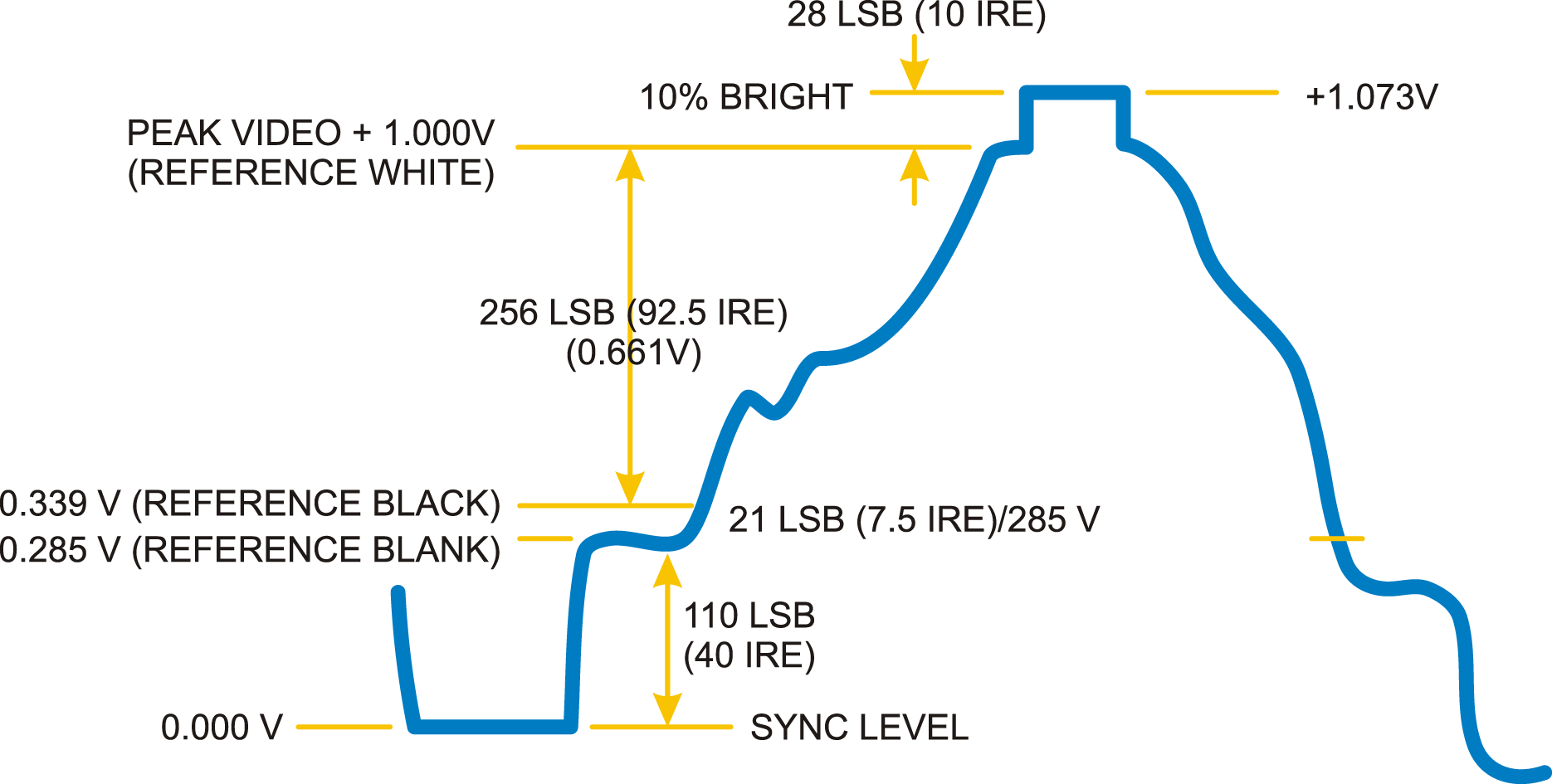 My suspicion is that because the OSD chip in the FC effectively receives a different signal than the camera sent (because of a difference in potential between the two grounds*), it can miss sync pulses, and the OSD will appear as slight noise in the final image instead. Another theory is of mine is that the OSD chip will just give up when it doesn't receive what it expects.

When the signal finally comes to the VTX the ground potential is the same as the cameras, and the signal will be correct again (possibly with some unnoticeable noise).

I want to make it clear that this is just my (relatively) qualified guess, and you would probably have to measure the signals and know how the OSD chip works to know exactly what is going on. I would love to test this some more but unfortunately I don't own an oscilloscope, and a multimeter isn't really up to the task. Also, i would love to be proven wrong.

I fixed it by adding a common ground between the 5v regulator and the flight controller. I can't explain the science behind this, but I took the answer from this video from Painless360

The flickering is completely gone, even when I punch the throttle. 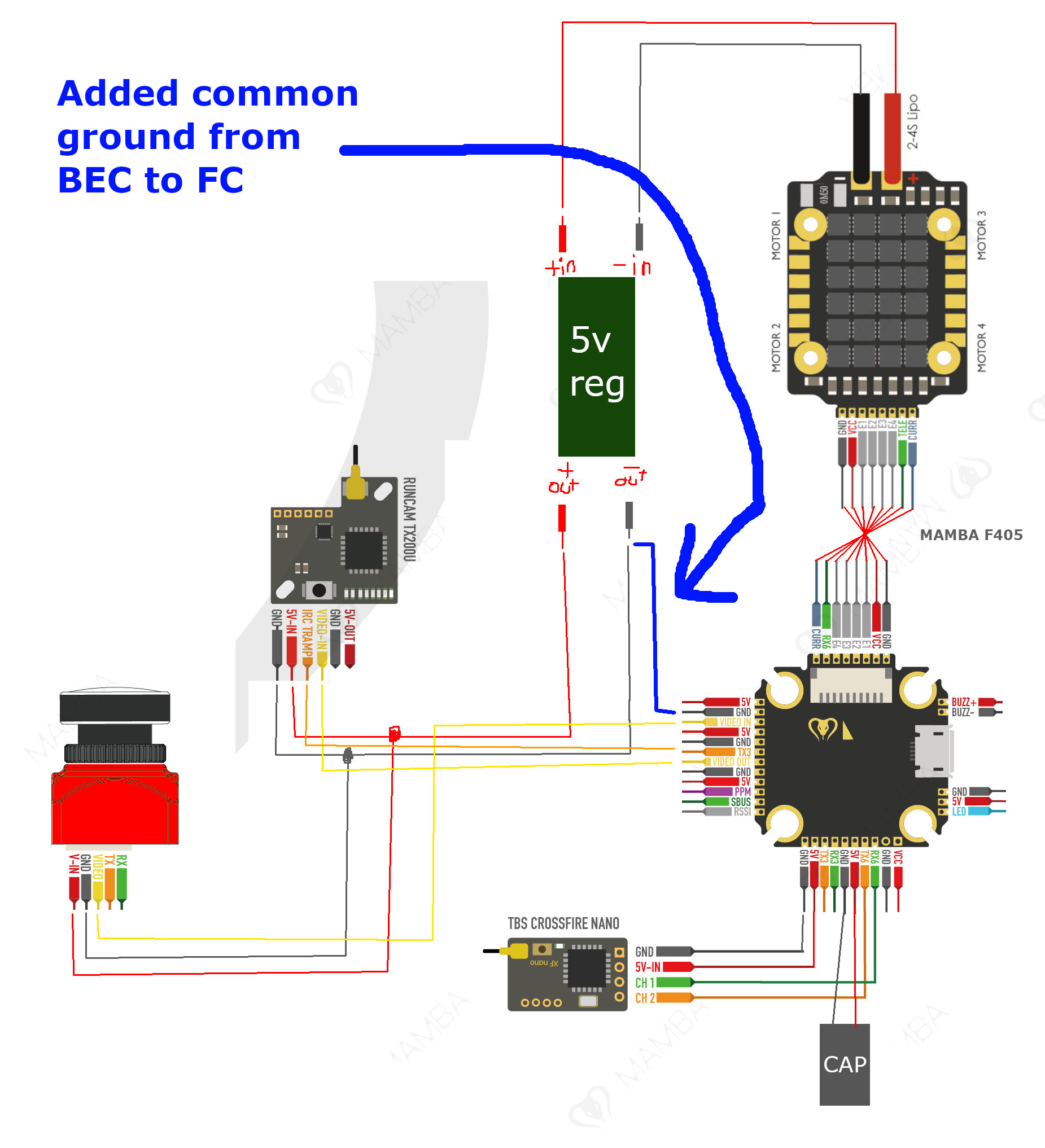 EDIT: I will leave the post unanswered until someone intelligible explains this, and maybe other OSD flickering causes just to keep the post general to the question and not specific to my hardware and wiring.

Not the answer you're looking for? Browse other questions tagged first-person-view troubleshooting osd video-signal or ask your own question.

5
What is a ground loop and how does a common ground reduce video noise?
5
Quality of transmitted image and electrical problems

8
How to focus a newly-replaced lens on an FPV camera?
5
How to PID tune a 10" drone?
5
How to recognize damaged brushless outrunner motors?
2
How does one wire an OSD-enabled external DVR into Fat Shark goggles?
4
How to fix OSD displaying weird symbols
6
How to reset connection between drone and RC for MAVIC Air 2
2
How do I change GPS elements on the Betaflight OSD for my Acrobee Lite?
3
Motor will not go above half thrust. Why and how to fix?
8
How to keep my prop from flying off my motor?
4
How to debug a non-working Eachine E010?