What is a good alternative to carbon fibre for a quadcopter frame?

I am making a diy quadcopter and I need a strong and light material for its frame.

Carbon fibre is not available in my area. I have tried aluminium but it's too soft and so needs repairs. What alternatives are recommended?

There's no denying the fact that when it comes to materials that are both strong and light, carbon fiber is king. If you're looking for performance, there's no way around it. If performance is not the most important thing in the world, however... Well, there are several options.

Before I start listing these, I must point out that all frames break. Some break more easily than others, but you can't have an unbreakable frame. The question is how you repair it when it breaks, and the answer depends on the material.

Some examples for inspiration: 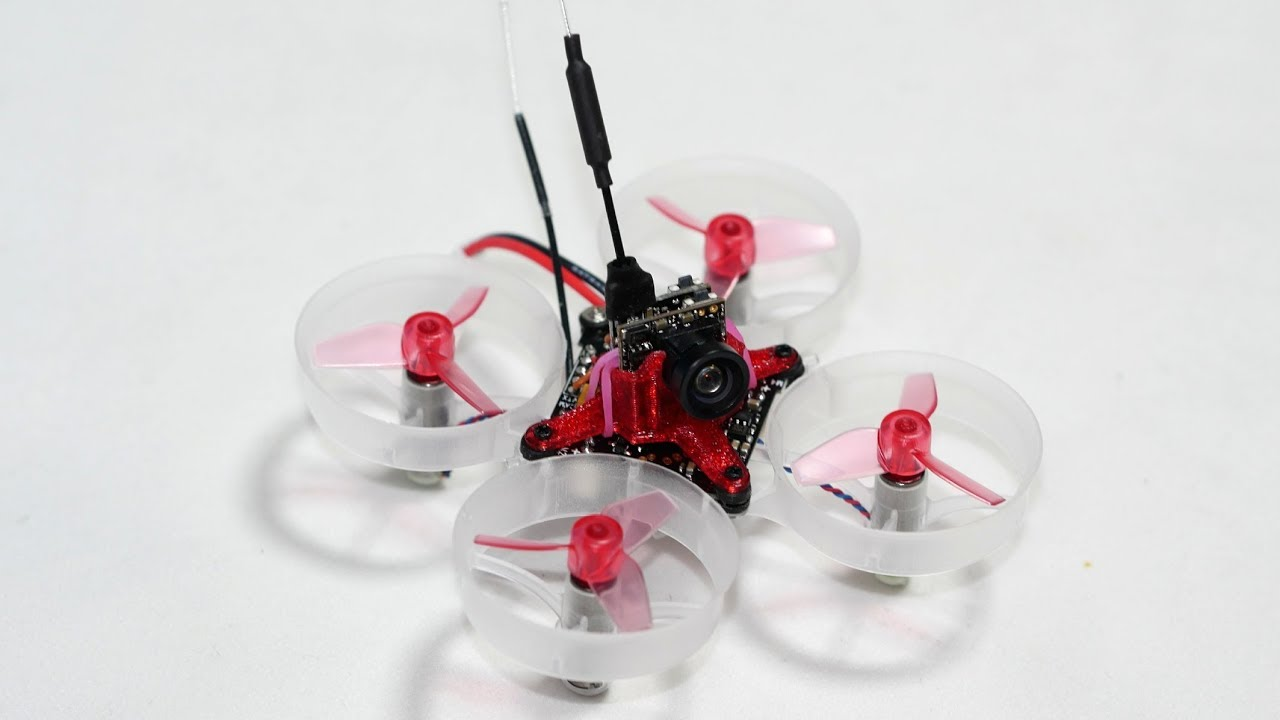 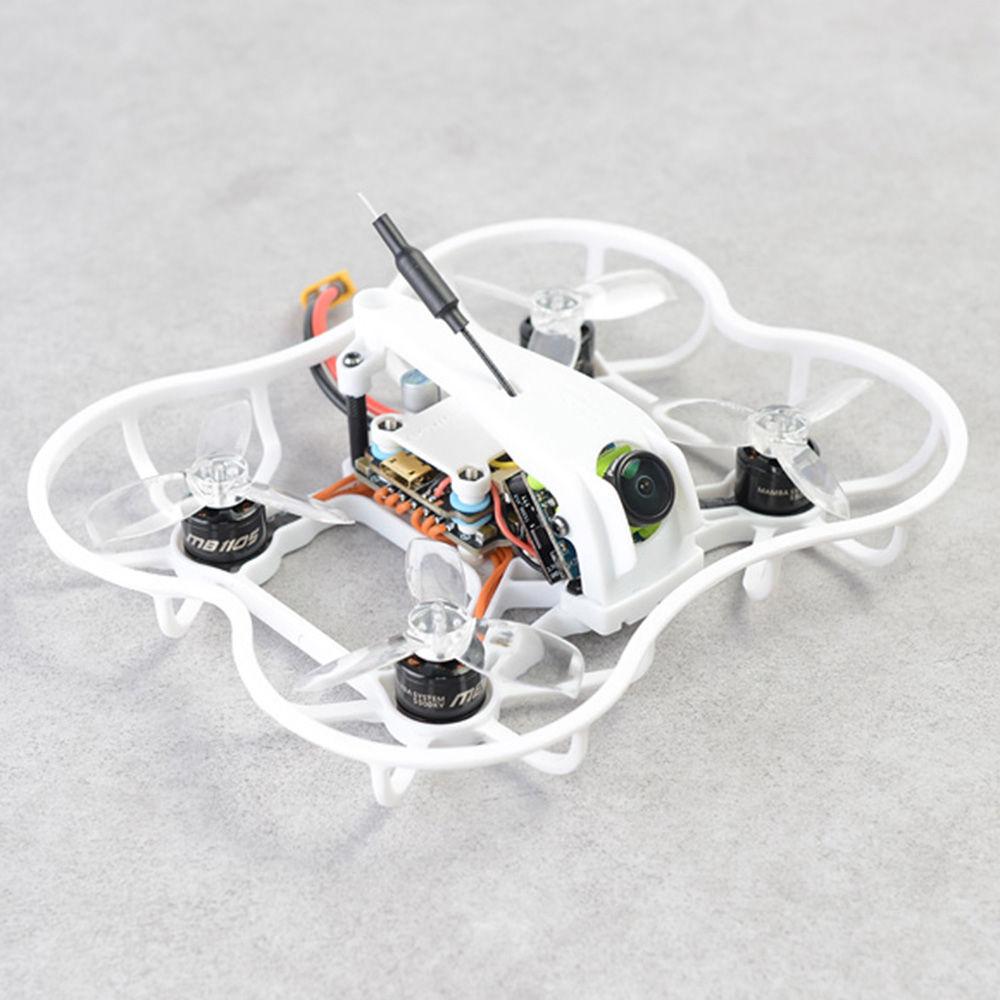 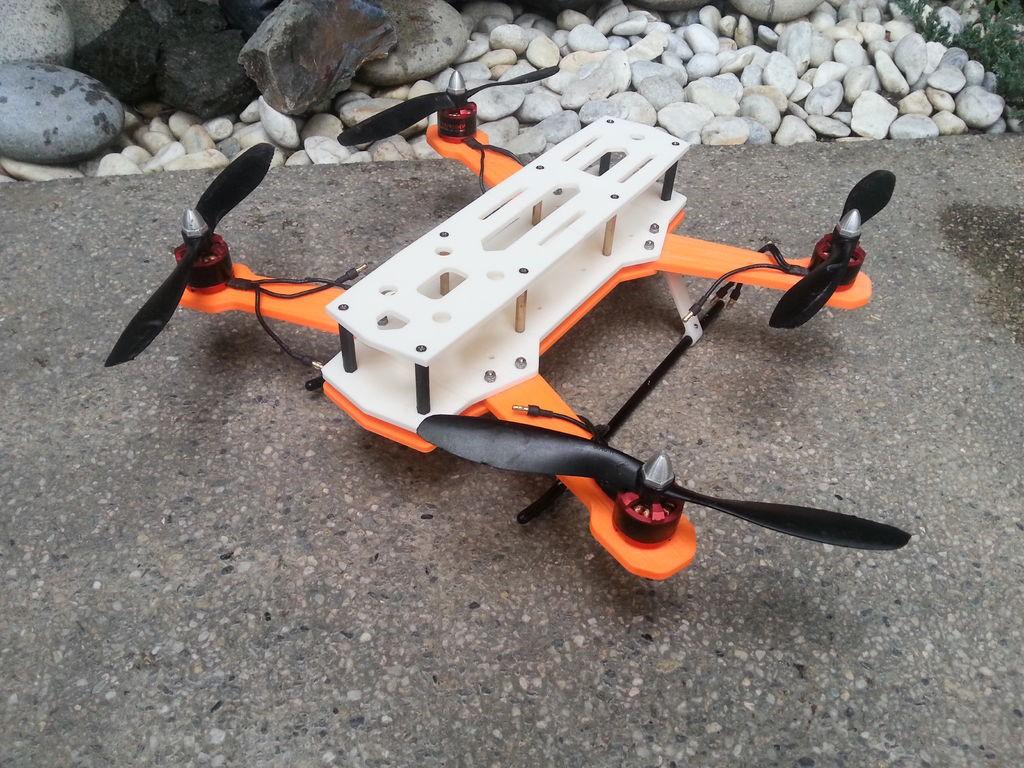 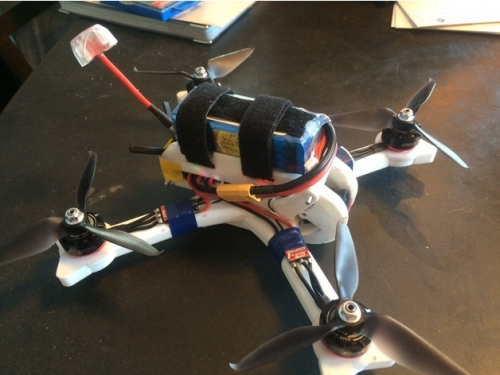 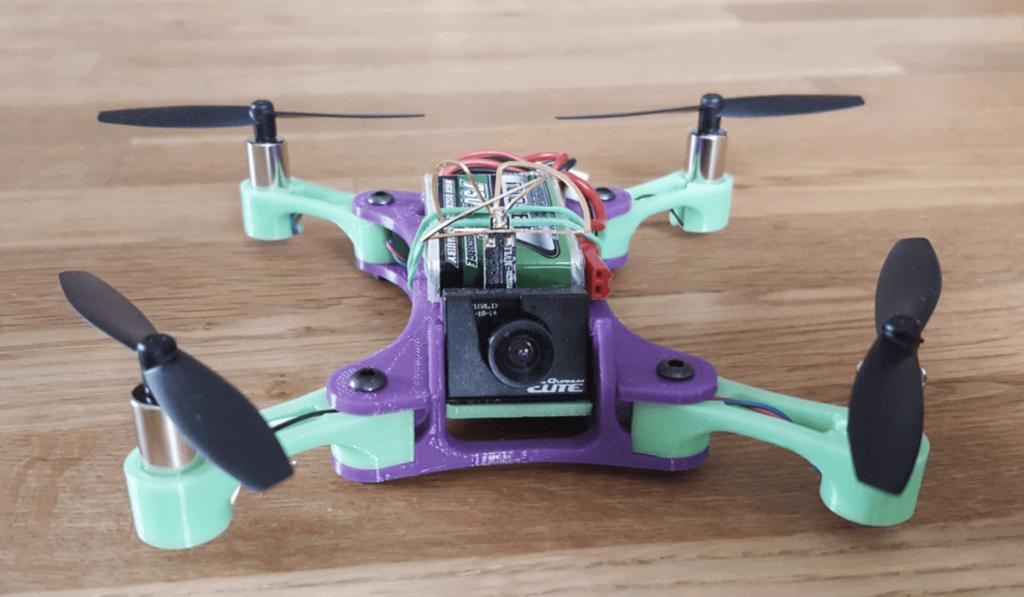 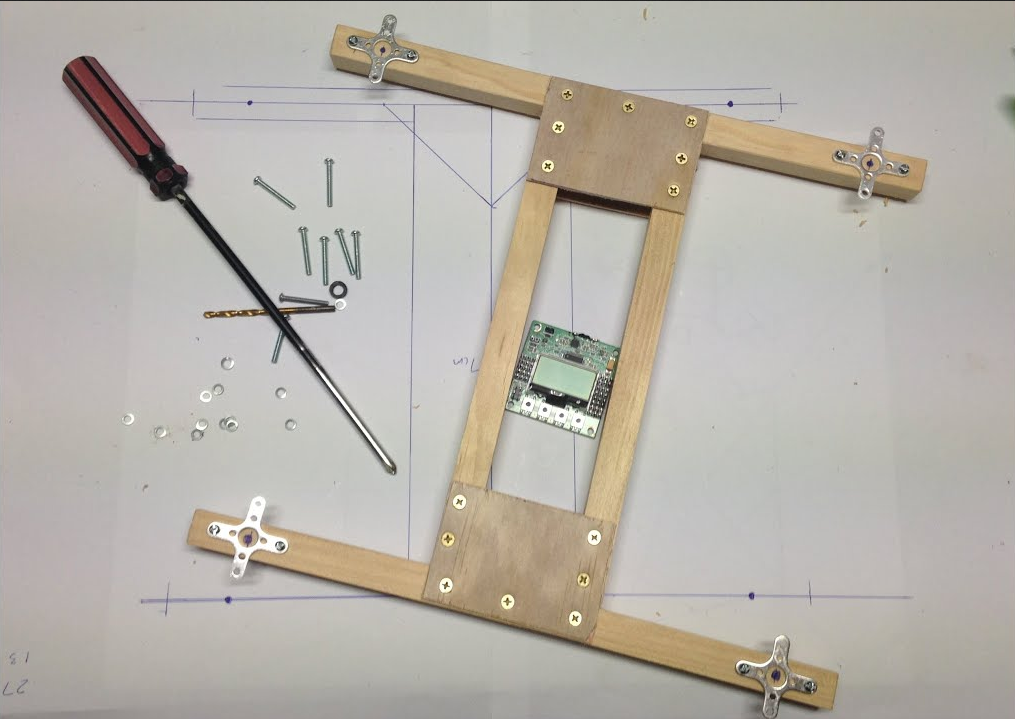 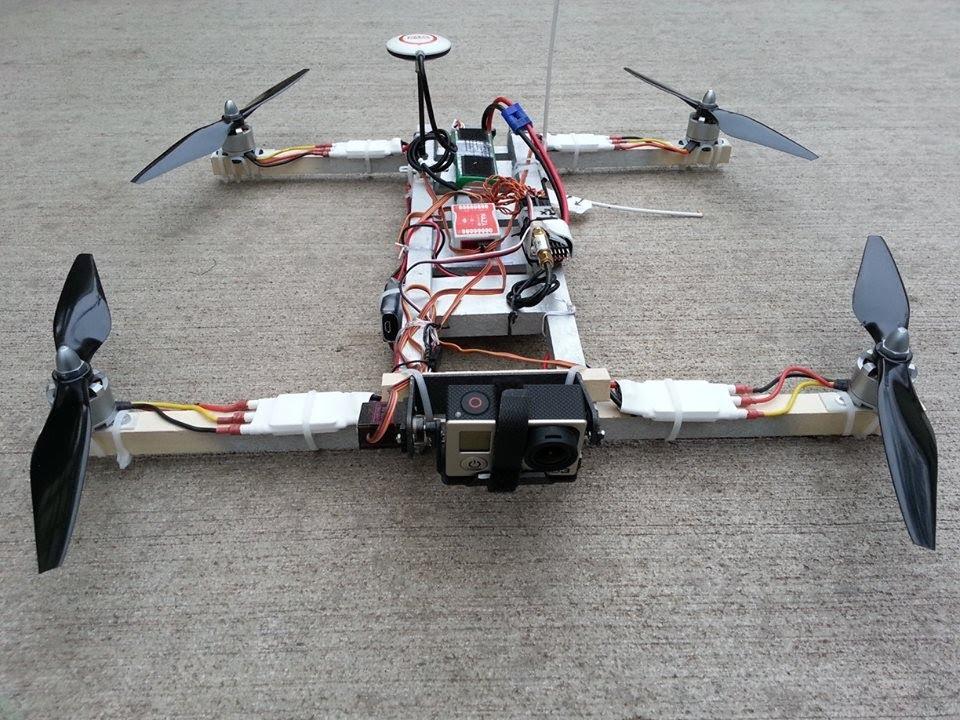 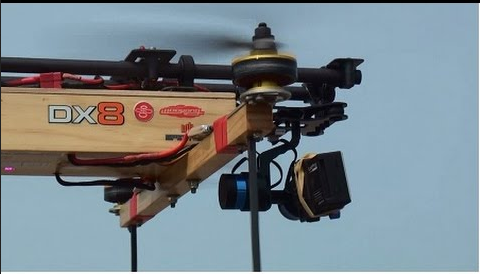 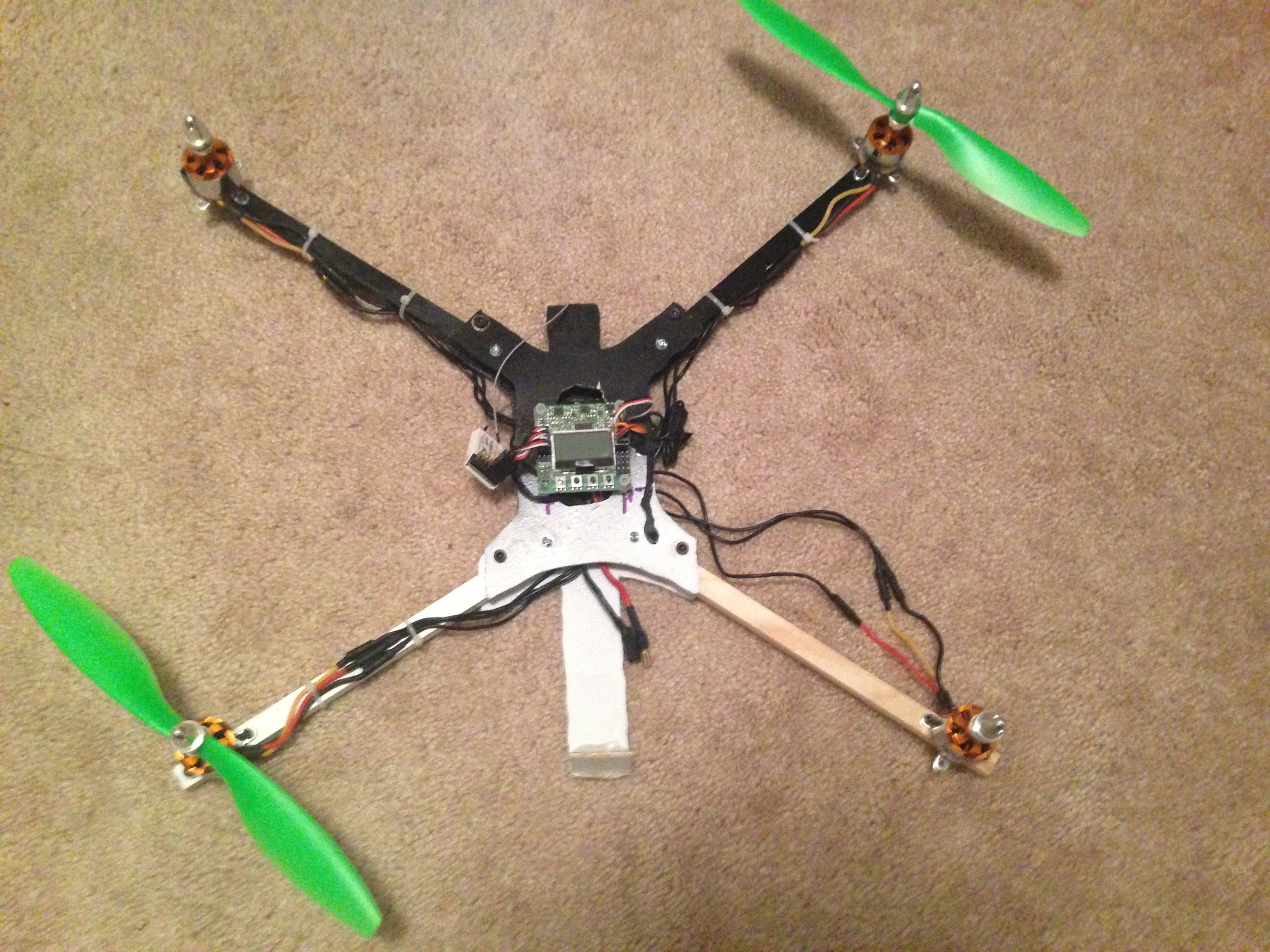 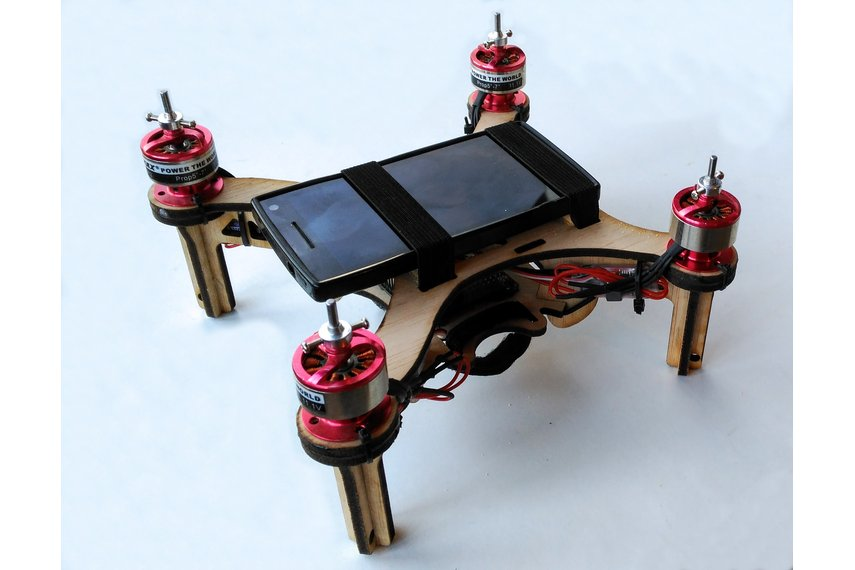 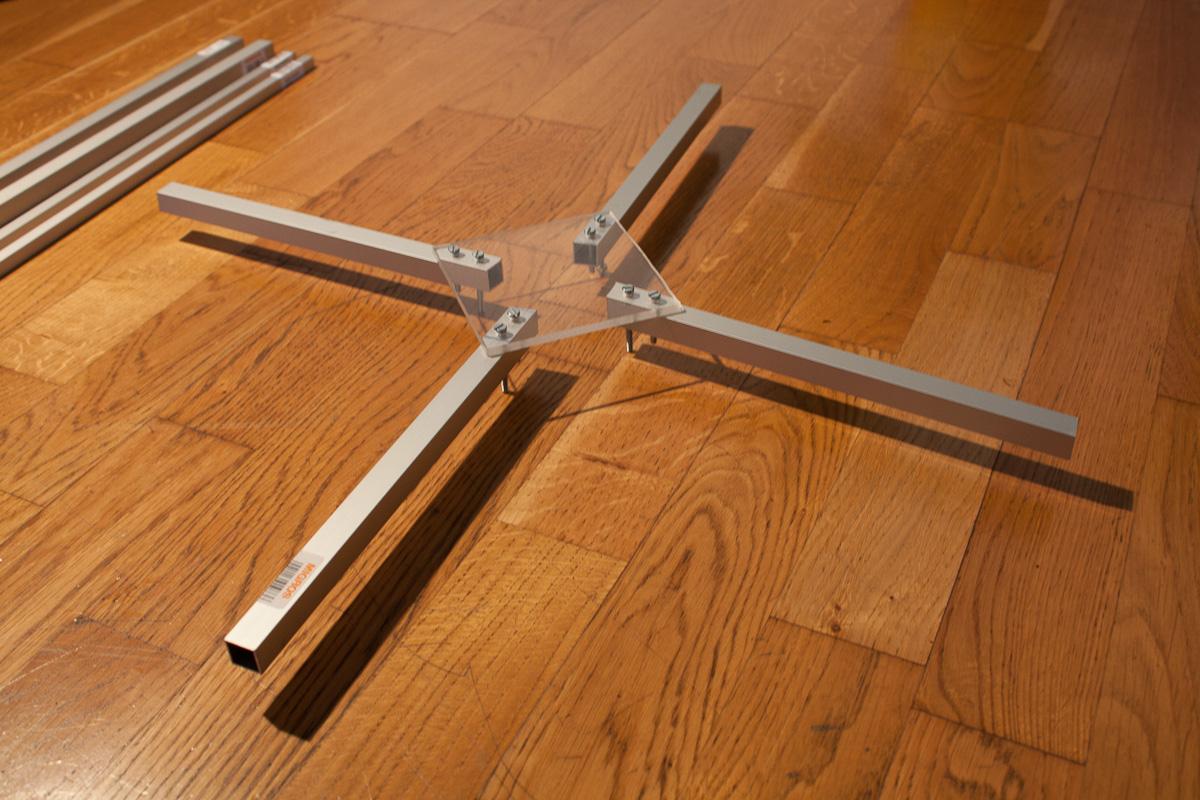 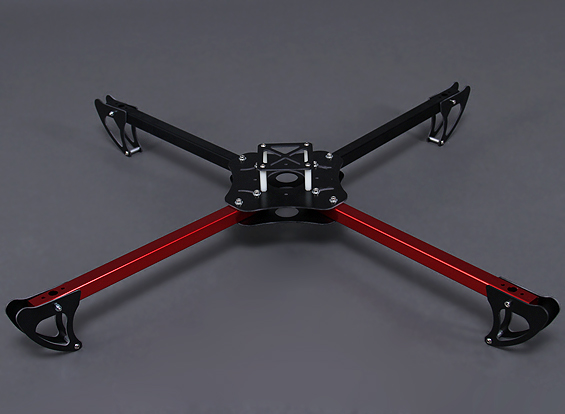 H frame out of carbon tubing with 3D printed brackets holding it together: 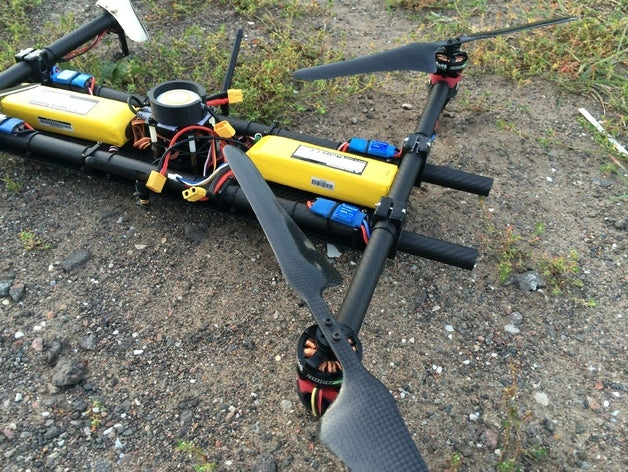 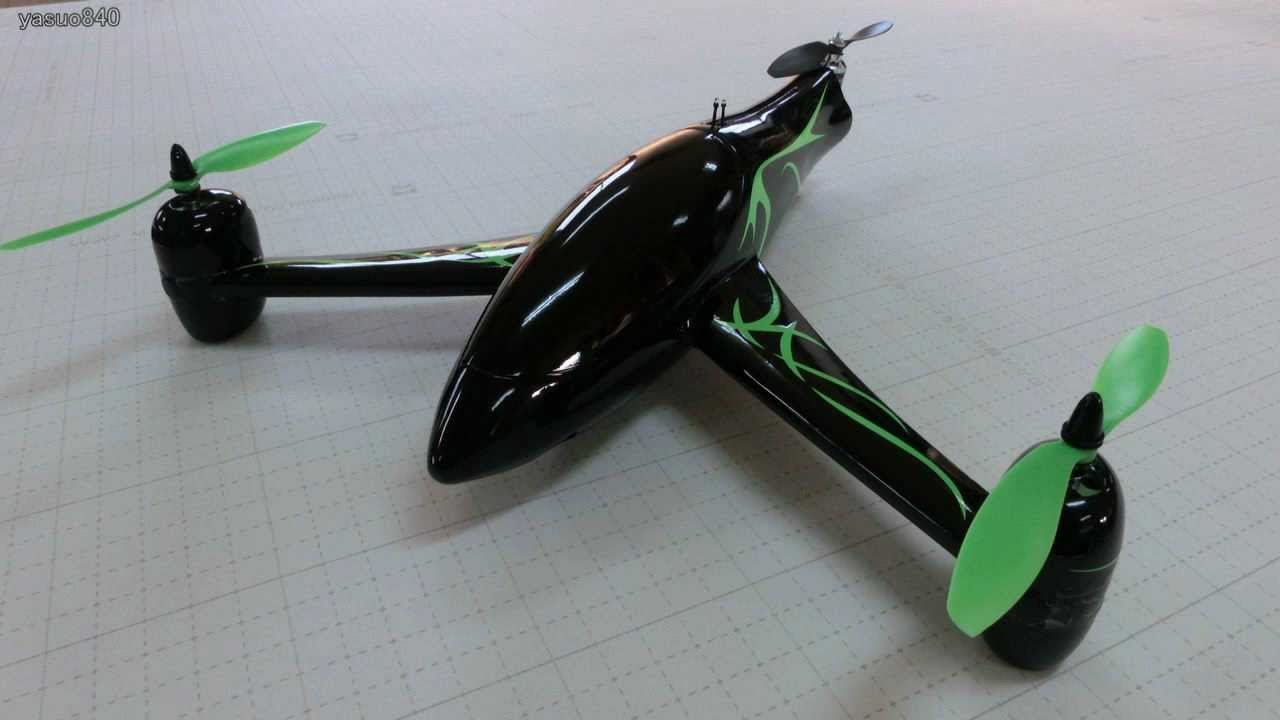 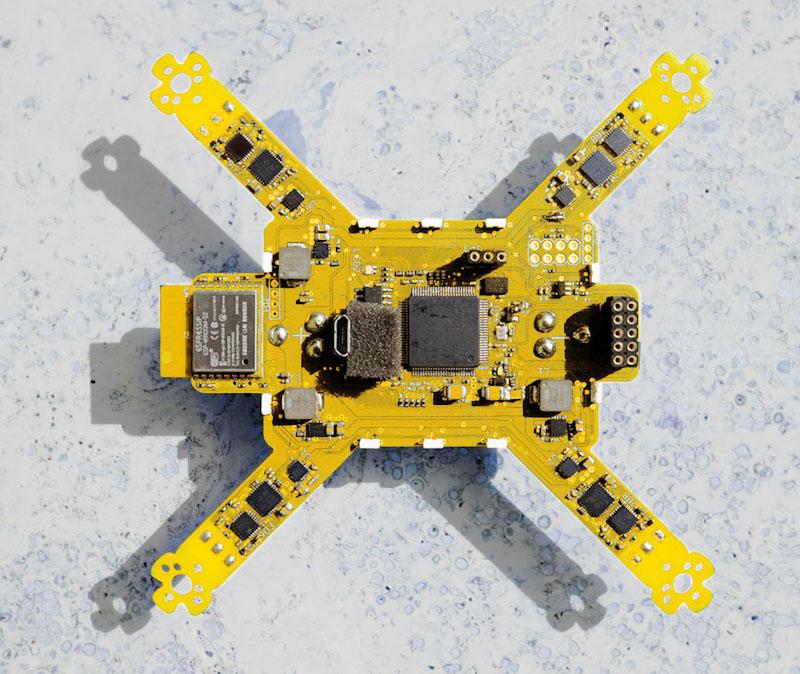 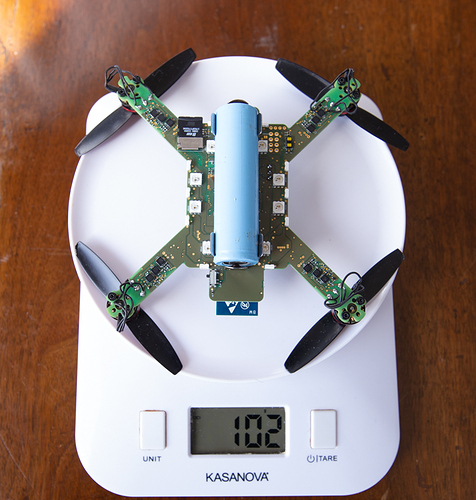 It depends on what kind of airframe you want to build, what size it is and what you intend to do with it.

Early DIY drones often used moulded plastic, for example he immensely popular DJI Flamewheel. Many camera drones, such as the DJI Phantom, still use that plastic construction to this day.

It was also fairly common to build airframes out of wood.

However, in more recent years, carbon fibre has become the gold standard in terms of weight, strength and price.

Smaller drones, such as Tiny Whoops, as well as toy grade quads may still use plastic as they often don’t have the mass to break plastic frames during a crash, and if you are okay with the risk that a crash at sufficient velocity could destroy your airframe, moulded plastic may be a good option (I say moulded as 3D printed is unlikely to have the required strength).

You say you have tried aluminium, however there is an important distinction to make. Thin aluminium sheets would be fairly malleable, however a section of aluminium extrusion or a rectangular aluminium pipe (or even a circular aluminium pipe if you can find a way to mount the motors) will probably provide enough strength for low-impact activities.

You could, of course, construct your airframe out of wood, however finding sufficiently light and strong wood may prove to be a challenge.

Companies like Banggood and Hobbyking carry carbon and ship to most of the world; if you haven’t tried these I recommend giving them a look.

It is also important to keep in mind that modern flight controllers have filtering to make almost anything (including a taxidermist cat - it’s real) fly.

Polycarbonate frames can work quite well, but they will flex more. I have made a lot of them and they get a lot of flying time in carpark racing locally.

Before carbon fiber frames became popular, I was building my frames with wood. This worked quite well for cruising around, but if you are building a racing drone, then carbon is your best option. If you can't get carbon, try plywood as it is layered and the layers will add a bit more durability. I'm referring to hobby grade plywood that ranges in thickness.

It would indeed be helpful to know what kind of quadcopter you are looking to make.
I have made several quadcopters and one octocopter, but all with the purpose of aerial photography, not racing. Always used aluminum frames. Here is why.

Plenty and cheap availability. Most DIY stores have the 10mm square section tubes needed for the arms. The price was under 2 euros for 1 meter piece. Bought plenty.

Indeed, in case of crashes. And that is a plus for aluminum. In case of a crash it will bend. This means that part of the energy of the hit will be absorbed by an aluminum frame. Whereas on a rigid frame you risk that most of the energy will be transferred to the precious electronics. For this purpose I weaken the arms a bit by drilling holes in them just before they get under the plate that holds the electronics. After a crash you just discard the torn arm and put a new one in place. Because, you know, it's cheap.

Aluminum, on the other hand, is plenty rigid for flight, even in case of acrobatics.
Many of the other materials suggested (woods, plastics) are not quite as rigid. This will likely cause flutter of your arms in flight leading to an overall less stable airframe.
Normally I use wood for the plate holding the electronics (attach it with dampeners, to reduce vibrations as much as possible) and the camera gimbal.

I would personally shy away from PCB frames as PCBs are not intended to have the stresses which quad flying, and crashing, will ultimately inflict on the frame. The traces and solder points are prone to failure with these stresses. I would stick with a separate pcb which is smaller and and can be located in a protected part of the aircraft.

Bamboo is surprisingly close to carbon fiber rods and tubes in all properties except cost.
For more complicated shapes, wrap fiberglass cloth around a removable mandrel, or over a lightweight core such as foam (which you can even dissolve away after the fiberglass has hardened, for extra lightness).

Depending on your application, a wood frame with a fiberglass wrap may be an option. Many balsa wood r/c airplanes and gliders have their wing center section wrapped with fiberglass and epoxy. When done right it's incredibly strong for a modest weight gain. Obviously, this wouldn't be the best option for all situations but may be worth a look.

Check youtube and the usual r/c forums on how to do it if you are unfamiliar.

Not the answer you're looking for? Browse other questions tagged drone-frame material fabrication airframe or ask your own question.

6
What is the advantage of a stretched-X frame over a true-X or squished-X design for racing?
7
How does frame stiffness affect a quadcopter?
7
What are the benefits to different types of frame arrangements?