The new DJI digital FPV system and a few other systems are using a digital signal for FPV video. How is this different from a traditional analog signal for FPV drones?

Analog and digital systems have about the same usable range per unit of VTX power.

To compare how they look, it's better to just see the videos:

How they work and the reasons for noise/breakup related differences: 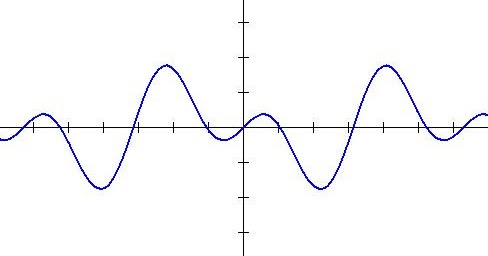 In an analog system that level can take any value, within some range, which we'll think of as 0 to 100% for simplicity(*). It can be 20%, 70% or 48.573498%, theoretically to any degree of accuracy. The drawback to that is that any noise that's floating around in the radio spectrum will add to whatever signal you're receiving, so in practice, you'll get something like 40% (true signal) + 5% (noise) = 45% (received signal), and since the original signal could be anything, the receiver has no way of knowing which part of what it got is noise.

The image that your goggles receive is made up of pixels, and the color that each of them has is encoded as percentages of red, green and blue: zero to 100%. An analog TV system encodes this picture by "scanning" over all of the pixels in sequence, line by line, and setting the signal's level equal to each pixel's brightness in turn. For example, this oscilloscope picture represents the TV signal for the "colored bars" picture: 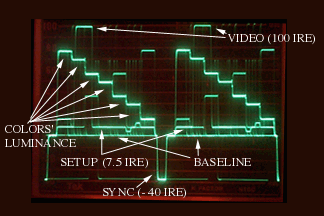 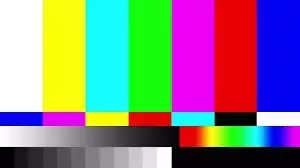 The ladder you see represents how the brightness level of the pixels changes from left to right in each line of the image. There are also other signals overlaid on top of it, these correspond to the lines closer to the bottom of the image, which have other sequences of colors in them (the oscilloscope displays all the lines together on one screen).

The consequence of all that is that whenever there's another signal on your frequency around, it gets added to your VTX's signal and through that directly to your picture. Since usually that other signal is noise(**), your picture is overlaid with noise. When your signal is strong, the noise is a very small percentage of it and is usually unnoticeable by the eye. As the useful signal gets weaker, though, the noise (which stays the same) will get stronger compared to it, so the percentage of noise in your picture increases. At some point, it will become so strong that you couldn't see any useful signal in the picture anymore.

In a digital system, however, only two levels are available: 0 and 1, represented by 0% or 100%(***). The image is encoded into a sequence of bits using a special algorithm, called a codec, and decoded from that sequence on the other end, almost exactly like online video. Besides simply encoding the video feed, one of the most important functions of modern codecs is to compress it, so that it can be communicated in a significantly smaller amount of bits, which in turn means that higher-resolution video can be transmitted with the same bitrate (number of bits sent per second).

Since radio signals are by their nature analog, on the receiving end noise will still be added to the signal, so if a 0 was transmitted and 10% of noise is added by the environment, the received result is 10% — but since the receiver knows that only either 0 or 100% could have been transmitted, it picks the closest possible level, in this case, 0.

This means that when you transmit digital data, noise is just ignored until a certain point: Even when noise levels are as high as half of the analog signal (which creates a picture that's rather hard to parse), with digital you receive exactly the same information as you would if there were no noise, with the resulting video perfectly clear. However, when the relative noise level does pass the critical threshold, ones will start suddenly (and randomly) becoming zeroes and vice-versa. What happens to the video after that depends on the particular digital system and how the video is encoded in it.

With the DJI system, the whole screen suddenly becomes low-res and blocky, occasionally skipping frames, and the latency increases. The cumulative effect of this can range from "just an unpleasant-looking image" to "totally unflyable". 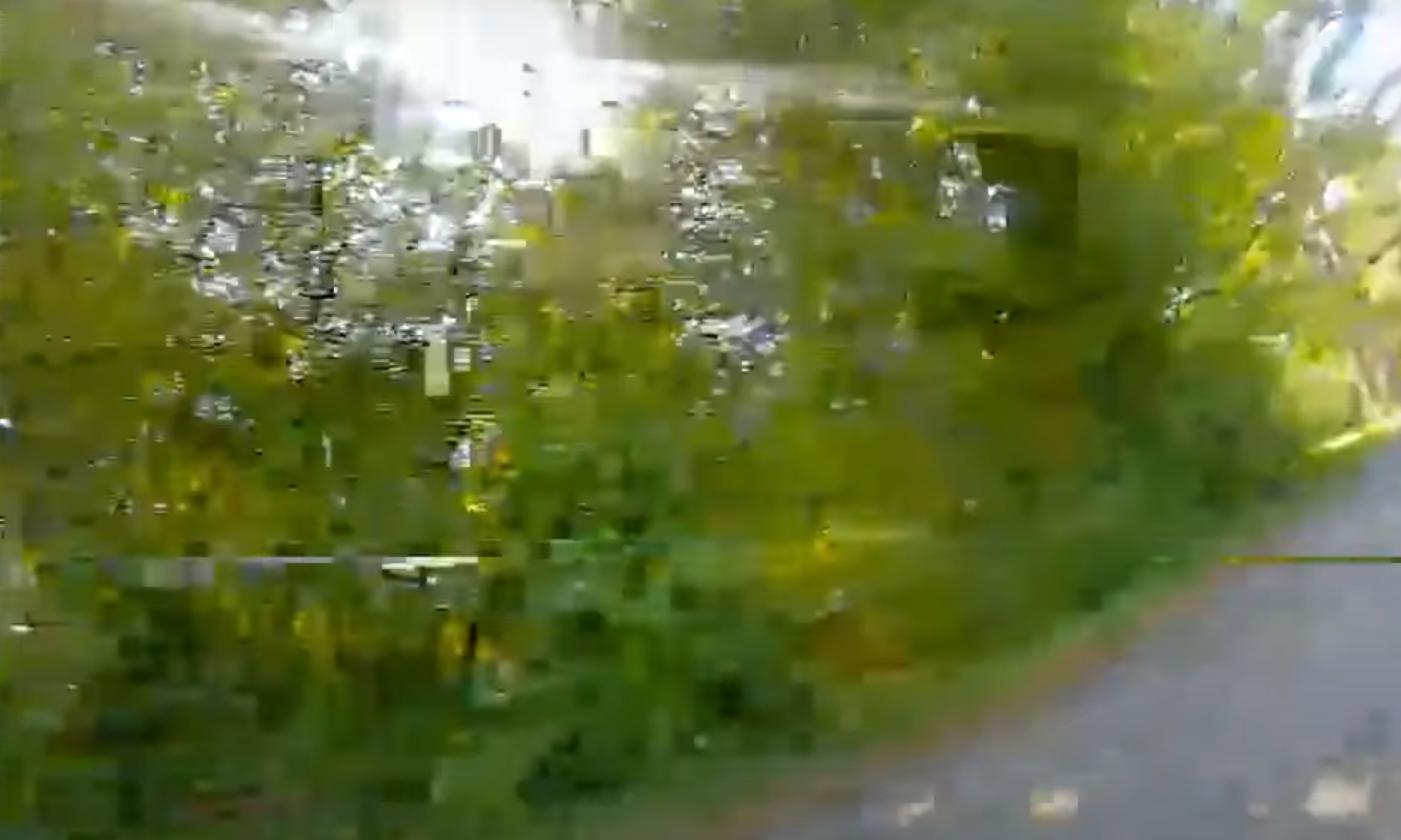 With Fatshark's Bytefrost system (currently in development/beta testing), random bits of the image will flash with colored blocks, while the rest remains high-resolution. The manufacturer touts this "analog-like" style of image breakup as a feature of the system. 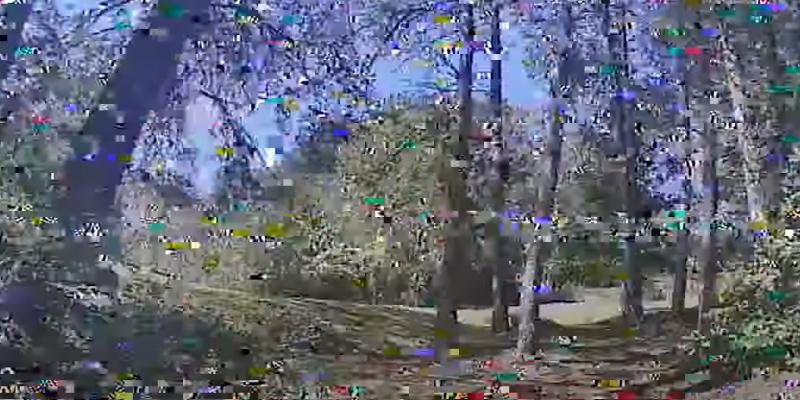 In both cases, digital breakup, when it does happen, is arguably harder to see through than analog breakup, because our brain still has better error correction software than seen in these systems. This is also due to the fact that digital images, while crystal clear up to a point, start breaking up sharply after that point and quickly get to "very hard to parse" levels, while an analog picture is already quite static-ridden by then and just continues to gradually get worse.

That said, digital systems can employ error-correcting codes and other tricks to be able to recover from a certain percentage of errors, at the expense of reduced bitrates, yielding a lower-quality image which can be decoded from a longer distance. you'll typically see them start to gradually reduce image quality before breaking down completely, giving you some warning signs that you are going out of range. There is also usually a link health indicator somewhere in the corner that is similar to the RSSI reading for RC control systems which you could look at to see if you're going out of range. You probably aren't going to be looking at it all the time, though, and a low signal indication can be missed, while it's hard to miss an image full of static and getting worse.

The difference lies in how the signal is transmitted. An analog system sends a continuous signal, while the digital system first encodes it as ones and zeros before sending it. This generally leads to better reception and image quality for a digital system.

Think of the signal as a light: it's much easier to see whether the light is on or off (digital) than to see at what brightness it shines.

Apart from the quality of the feed, digital handles breakup in a different way that some people find worse. Breakup on a digital system might cause the loss of entire frames or parts of them. The image will also get blockier. An analog system will steadily get noisier the worse the signal gets, which might be more predictable.

You can read more here.

Not the answer you're looking for? Browse other questions tagged video-transmitters fpv-cameras video-signal or ask your own question.

13
What is circular polarization in antennae?
3
What types of cameras don't have wide angle view? Are those a good fit for a racing drone?

8
When flying FPV with a 5.8ghz video transmitter, is an Amateur Radio License (Ham license) required?
5
DIY wireless mesh network to extend drone's operational range
6
How do I wire up this transmitter and camera
4
Is it possible to transmit a high-resolution image over an analogue signal?
4
2D/3D/fpv video glasses to use with external camera
3
How to Simultaneously View and Record GoPro Content While Flying
5
FPV camera not working