XM+ bound to FRSKY x9 lite, but commands not showing up in betaflight

I'm very new to making drones, so sorry in advance for lack of proper terminology or if this is a dumb question. I've bound my xm+ to my transmitter (solid green light showing on receiver), but for some reason my inputs aren't showing up in betaflight. I have the correct serialRX activated on the correct UART (and have also tried both) and my receiver mode and serial receiver provider are set correctly (to serial based receiver and SBUS, respectively). This problem arose after I accidently connected my receiver to my flight controller backwards, and have already tried replacing the receiver, as I thought I might have fried my XM+, but that didn't solve the issue. Any help is much appreciated!!

Since you connected power to the SBUS pad it is possible that the inverter that sits between the SBUS pad and the UART pin on the microcontroller is fried.

To get around this, I would suggest connecting SBUS to another RX pad. However, since SBUS is an inverted protocol, you will first need to get the uninverted signal somehow. There are two ways to do this with the XM+ (other SBUS receivers have similar methods). The first option is to solder the wire that goes to the RX pad to the leg circled in red in the image below. 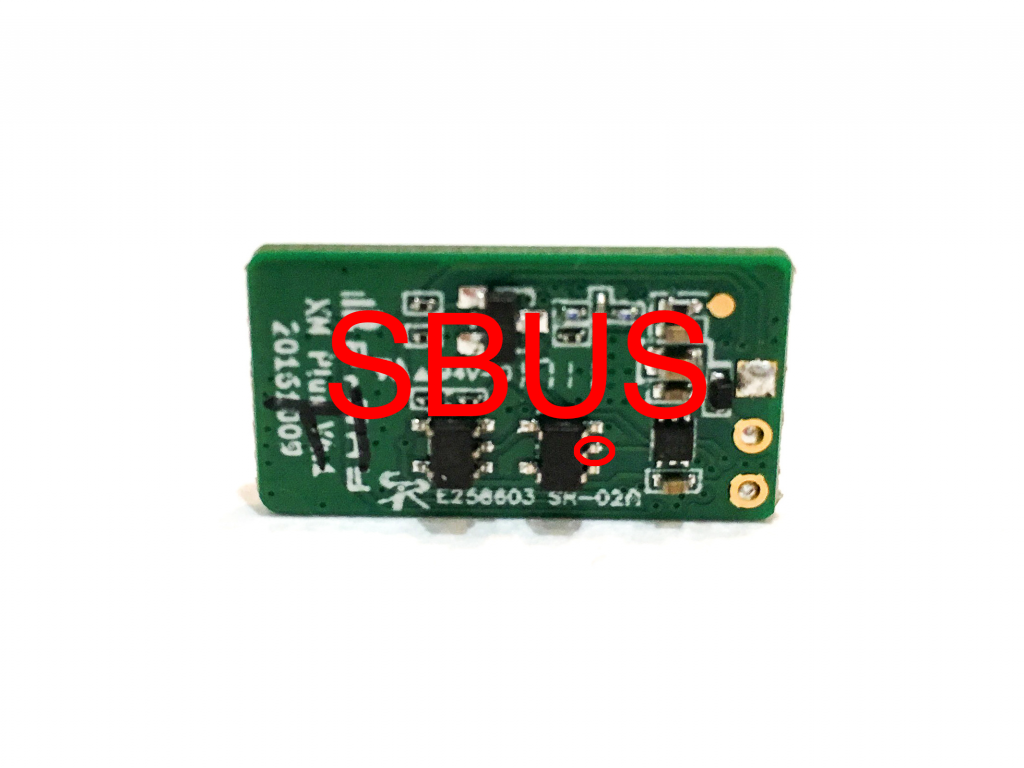 The other option is to build your own inverter using a transistor and two resistors. 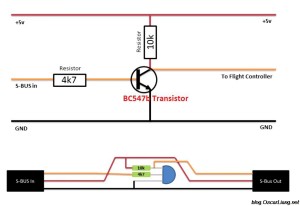 The first option is probably the easiest if you feel confident enough to solder to that small pad, but it does come with an increased risk of damaging the receiver.

Not the answer you're looking for? Browse other questions tagged betaflight transmitter receiver frsky-xm+ or ask your own question.