How to debug a non-working Eachine E010?

I have two Eachine E010 drones. One drone (green color) stayed outside for a night with rain. I inspected the circuit board and it shows no damage: no cut cables that I could solder, nothing corroded. Both the transmitter and the drone turn on and show light but the transmitter does not control the drone. I turn both on within 2 seconds of each other, push the left lever up and down and the transmitter beeps, but the controls have no effect. (Note: when the drone is turned off, the transmitter has the same behavior: beep when I push up, flashing light, beep when I push down, steady light, so the beeps do not indicate binding with the drone.)

What could have gone wrong, and how to fix it?

Update: Here are pictures of the drone. The drone was powered while in the rain: a child left it on a house roof upside down and I realized and took it the next day after a night of rain. 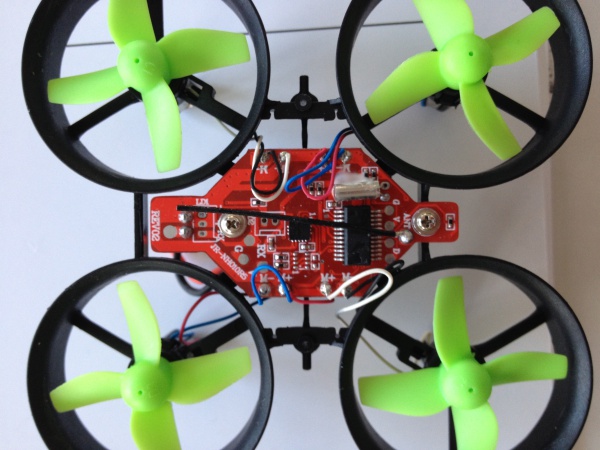 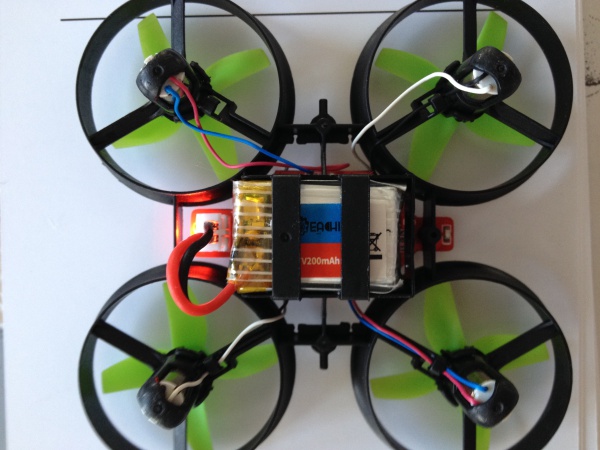 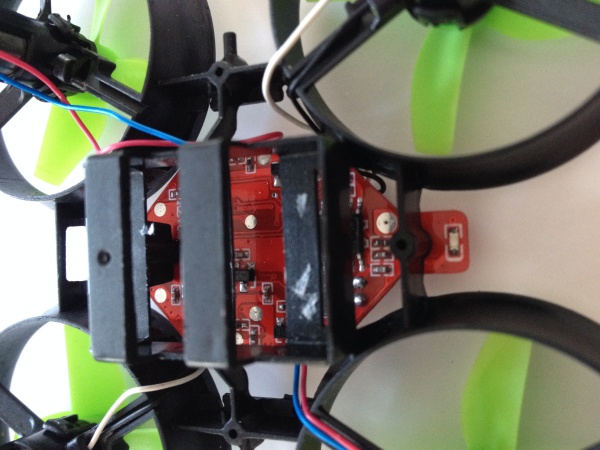 The beep from the transmitter indicates that it has linked successfully with the receiver on the drone, so at least part of the board is working. However without detailed knowledge of the design and a range of test tools it will be very hard to trace the fault accurately. Even if you did, you need specialist soldering tools to replace tiny surface mounted components, and the fault may be in a chip with proprietary firmware (i.e. not available for sale).

Really the only type of repair you could do is to replace the entire board, but I'm not sure they're available and given the price of these things I think you'd be best to buy a whole new drone and keep the frame, motors and props as spares because they are the parts that usually break.

What could have gone wrong

If it was wet when the battery was connected, it's likely that the water formed a galvanic cell between the copper traces of the circuit board and some of the other metals in the solder and component legs and cases. Galvanic corrosion is much faster than ordinary corrosion, and has probably caused an open circuit somewhere.

The other option is a short circuit that generated enough heat to melt some solder and break a connection.

If you dried it thoroughly before reconnecting the battery, then you did everything you could have, and that's normally enough - but small drones are made with the cheapest components and quality control is minimal, and sometimes they do just die unexpectedly.

Not the answer you're looking for? Browse other questions tagged quadcopters troubleshooting repairs or ask your own question.

6
FS RX2A Pro Receiver Not Working
8
Quadcopter return to home function not working
4
How to straighten a motor shaft?
5
How to recognize damaged brushless outrunner motors?
6
How to reset connection between drone and RC for MAVIC Air 2
3
Serial Communication Not working in APM 2.8
5
Finding a ready-to-fly Taranis compatible, Eachine compatible, S4 compatible under 200€ drone
3
Flight controller or ESCs on Eachine Viswhoop not booting properly
5
Why does motor not want to go above 2/3 thrust?
6
Working on a Quadcopter. Unsure if this flight controller supports an FS-IA6 receiver