What should I keep in mind when picking my first drone?

While I don't know much about drones yet, I've seen people use them to make awesome photographs and videos, and I want to be able to do that too.

Since I've never flown a drone, I'm looking for a drone that I can use to learn how to fly, it should probably also be able to hover. I like seeing the videos of drones that fly very fast or avoid obstacles with seeming ease. I'm not planning on sneaking up on wildlife, so it doesn't have to be very quiet.

I've been wondering if my first drone should include some camera equipment already or not. If I crash and break a camera, that might be an expensive crash. But if I don't include a camera, how am I going to judge whether I've learned to fly a drone in a way that can capture nice pictures/videos?

I've seen drones being sold in places like toy stores, electronica shops, and specialist shops. There are huge differences in price ranges, and of course in what these drones can do.

But even with the above in mind, I have no idea how to pick a good beginner's model from all of them. What do you keep in mind when picking your first drone, to practice flying and photography/filming with?

An important first step to take when getting into drones is learning to fly them. The very first drone I would recommend to someone is a cheap drone that can be used to learn to fly. It can be disheartening to buy an expensive drone only to crash it and have lost hundreds or thousands of dollars which is why learning to fly with a cheap drone first is a good idea so you can master the skills of controlling the drone. Your very first drone should be any drone cheap enough to not feel bad when it crashes. The Eachine e010 is a basic drone you could learn to fly with.

If you are looking to get into making videos with drones there are two major types to consider: Freestyle/acro drones or professional video drones. The videos you see of drones going really fast, avoiding obstacles, and doing stunts are high-performance freestyle or racing drones. Videos of scenes and landscapes are often from drones designed to carry a professional camera and are used to get extremely steady, smooth videos.

If you want a relatively inexpensive freestyle drone I recommend the iflight Nazgul5 or iflight Cidora SL5-E because it is a quality drone that performs very well for a very reasonable price. This drone has a camera on it for FPV but a GoPro would be needed to make good quality footage.

A good inexpensive camera drone that comes with a stabilized, quality camera is the DJI Mavic mini. It is not too expensive and it is light enough to not need registration. After that, there are many more good camera drones that are more expensive.

That's part of the journey to figure that out! And also part of the fun. There are a lot of different trends in the quad market. I would recommend that you buy a very small and light drone for the beginning. The Whoop class would be perfect. I have a lot of fun with my BetaFpv Meteor65. It can be flown in line-of-sight mode AND in FPV mode. The small size keeps the cost down and you can practice everywhere. I would save the filming part for later - because you will crash in the beginning.

I personally recommend the S49 quadcopter as it was my first drone: 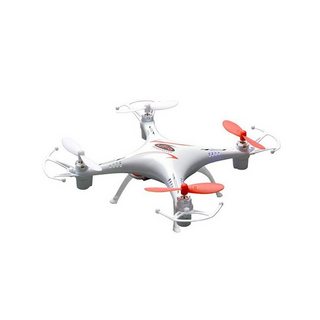 Not the answer you're looking for? Browse other questions tagged hardware recommendations or ask your own question.

6
FS RX2A Pro Receiver Not Working
5
What affects the total flight time for a drone?
8
What should I look for when choosing an FPV camera?
13
What should I look for when buying FPV goggles?
3
What propellers should I get for my drone?
8
what HD cameras should be used and for what purpose?
5
When I power up my flight controller and ESC's, I hear a series of beeps. What do all of the beeps mean?
4
How useful is knowing the torque generated by a motor prop combination?
3
How to Simultaneously View and Record GoPro Content While Flying
5
What drone or drone kit allows long range {SD FPV and payload data forwarding}