Multirotors are small rotorcraft with flight dynamics which result in an unnatural "flight experience".

Are there multirotor autopilots which would be able to simulate a more "natural" flying experience? E.g. an experience of flying plane which has more weight and a gliding capability, or as a bird which alters wing beats with gliding phases? I.e. a multirotor capable of flying in smooth curves, moving in parabolic curves altitude-wise (and thus simulating smooth glides), as well as smooth left/right turns? This would probably require some more advanced logic simulating these smooth curves using "helicopter" movements. Are there such drones which are capable of this, using very simple controls for the user?

You might be able to write custom flight control software for a multi-copter that would simulate this. You might get close just by radically limiting the pitch and roll rates and being gentle on the throttle. In either case it wouldn't be intrinsic to the design.

If you want smooth, soaring flight, you'd be best to build a fixed wing model with a fairly large wing span and low weight, similar to a soaring bird. A basic electric motor-glider like a Bixler is quite a popular FPV platform because they fly fairly slowly and smoothly, and are easy to fly (which is important when you're trying to make sense of the view through goggles).

(Edit: The original version of this question asked about "drones" in general. This answer was based on the question pre-edit, hence the clarification of drones vs. quadcopters.)

First, a word of clarification. A drone is just any unmanned aircraft. The specific type of drone you described in your first paragraph is called a quadcopter.

Now, if you were asking specifically about quadcopters, the answer is yes, it's entirely possible to simulate smooth, stable flight. The pilot can do this themselves, through careful control. It's also possible to rewrite the control software to limit the available acceleration, thus forcing smooth, "natural" flight. However, I don't know of any commercially available quads that do this, because the major advantage they have over fixed-wing aircraft is their maneuverability.

If you were asking about drones in general, though, the best way to do that would be to get a fixed-wing drone. There are plenty of remote-controlled airplanes available that wouldn't have to "simulate" anything, since they are actually gliding and turning like a bird.

The premise of your question is based on fairly limited observation of aviation.

First there are many fixed wing "drones". They just haven't been as prevalent in the consumer market as in the segments of the hobby market that grew out of the longstanding R/C aircraft hobby, and in the professional market.

Next, in terms of rotary wing flight, it's important to realize that while most beginners fly small quadcopters or model helicopters from an outside or "line of sight" perspective in a very "cartesian" way, actual helicopter pilots (full scale or model) and FPV drone racing pilots execute forward flight in a way fairly similar to fixed wing aircraft.

Sure a "real helicopter" can hover, fly sideway, fly backwards - but when flying around their flight paths are not unlike those of fixed wing aircraft. They don't yaw around to a new heading, they make banked turns. In fact their flight patterns can be so similar that not only is air to air refueling a current practice, actually towing a helicopter with a fixed-wing transport is a past one (abandoned because of the risk and pilot fatigue, not because it didn't work)

If you want "flapping" flight, then you either build an ornithopter, or you take a sufficiently agile platform such as a quadcopter, and program it to simulate that.

"Drones are small helicopters": False. Drones are fixed prop and that mechanical difference alone places the devices in a unique category. The actual differences are many. It should also be mentioned that "drone" covers a wide range of devices, the proper term would be multirotor or specifically fixed prop multirotor.

"They cannot glide": False, I limp back using glide and auto-rotation type skills to inductively charge the battery and coast. Gliding is totally possible with low RPM for stability. Not the same as a powerless glide, but similar in the sense of floating on a cushion. Propellers during forward flight can offer lift, just like a heli.

"most drones move in very straight lines, of same altitude, with sharp turns": Not at all. My speciality is plane like flight. I have burnt at least 2000 flights doing controlled figure 8 bank turns to master the style. I only do abrupt turns as needed, otherwise I seek flow where planes and birds are my inspiration. Indeed, many of my flights are essentially identical to wing flight.

"any drones which would be able to simulate a more "natural" flying experience": YES, first understand that most of the experience is the skill of the pilot. A racer will not necessarily have chops for complex long multi-axes maneuvers (I can't slam gates very well FWIW). RotorX played with a hybrid glider/FPV drone - I don't think it ever got off the ground (I saw testing footage a few years ago). Andy Shen (ShenDrones) had an old unit he would bring to the field that was very "aircraft like" in flight with mixed props, custom mix controls, and hit 90mph (in NYC fields - that was fun).

"Are there such drones which are capable of this,": Again, look to the pilot more than anything. I am quite capable of long parabolic turns on almost any drone provided the rate, expo, and tune permits. Additionally, most FPV drones (my overwhelming speciality) fly in "rate" or "acro" where the control is raw (no stabilization, no auto level, no GPS, no guidance, only orientation and throttle). These types of flight provide full dominion over orientation as well as thrust, as a result the style of flight is trivial for skilled pilot/mechanic.

I will concede that true gliding, be it a variation of helicopter autorotation or controlled no-thrust glides, are generally not possible using a drone. We get close, and in many circumstances props, even at low RPM, do perform similar to a wing. We reserve the potential to dip into this behavior, it is not central to the flight paradigm.

A last note, harkening back to Andy Shen's drone I referenced. He used custom mix controls to facilitate the flights. Mix controls (if used) along with rate, expo, and tune are the determining factors for how a flight performs. Racing demands a certain type of tune for sharp turns, rapid reversal, and low-to-ground flight. Beyond configuration, there are MANY experimental drones out there operating in a hybrid manner a few examples:

If you have any questions or want some example flights please reach out to me directly. 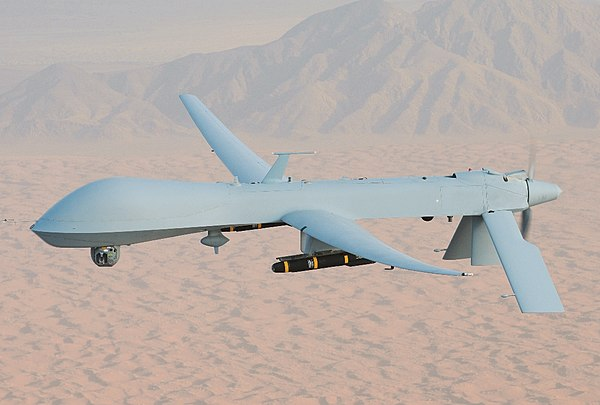 Not the answer you're looking for? Browse other questions tagged flight-controller flight-characteristics fixed-wing or ask your own question.

1
How to program drones that have old flight controllers?
9
How do DJI drones achieve such long flight times compared to traditional FPV drones?