Can I replace the switches on my taranis qx7s with switches from a X9D?

One of the switches on my taranis qx7s recently broke, and when looking at replacement switches I found two alternatives; X9D and X10/X12. The X9D switches are much cheaper than the other, so my question is therefore: are the X9D and qx7s switches the same?

Technically speaking, the electrical functionality of all normally-open SPDT (single pole double throw) toggle switches are exactly the same; it's just a matter of the physical dimensions of the part. The important dimensions for matching RC TXs with toggle switches are the diameter and pitch of the threads cut into the cylindrical section, but they're unlikely to differ between radios. 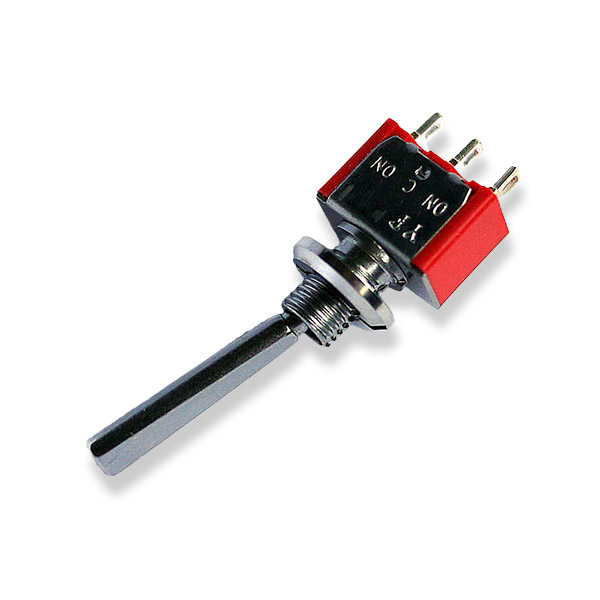 The kinds of SPDT toggle switches used in RC transmitters and like are so common and standardized that it's unlikely any manufacturer would go out and make their own instead of sourcing standard ones.

In regards to possible differences between FrSky Taranis QX7S and Taranis X9D switches, this RCGroups thread seems to indicate that they are interchangeable.

I don't have either product, so I can't speak from experience, but the primary plausible difference seems to be between an M6-0.75mm and an 1/4-40 (inch-TPI) thread on the switch. The replacement switches I've purchased for my own transmitters usually come with matching nuts, so I don't think the possible difference thread pitch is really a concern. M6 and 1/4 in diameters are pretty close in size, so I don't think that the diameter difference would pose much of an issue when sticking the new switch into the clearance hole in the transmitter housing.

Not the answer you're looking for? Browse other questions tagged hardware taranis taranis-qx7 or ask your own question.

9
What should I keep in mind when picking my first drone?
6
FS RX2A Pro Receiver Not Working
4
Differences between brushed and brushless motors - advantanges and disadvantages of each
2
What is the correct process for transferring to a new transmitter?
4
How useful is knowing the torque generated by a motor prop combination?
8
What can I do with a LiPo whose balance lead has been destroyed?
5
Taranis X9D Plus 2019: Switches SE,SF,SG,SH, and SI are not working/responding on Betaflight
9
Beginner looking to try a DIY plane, any suggestions on a kit?
4
Taranis x9d plus se 2019 malfunctioning