I purchased an ESC and a Speed 400 motor about 17 years ago with the intention of building my first electric powered model plane. Life took its various turns though and my time for R/C modelling dried up soon afterwards. Now that I have 3 boys who are all starting to show interest in the area, I've started to find the time to look at it all again... yay!

Part of the reason I never got to build that electric plane originally though was that I had no means of connecting the motor to the plug included on the ESC. I know I could just cut the plug and replace it, but I've been trying to identify the type of plug without success for a while now.

Can anybody tell me what the type of the red plug in the image below is? 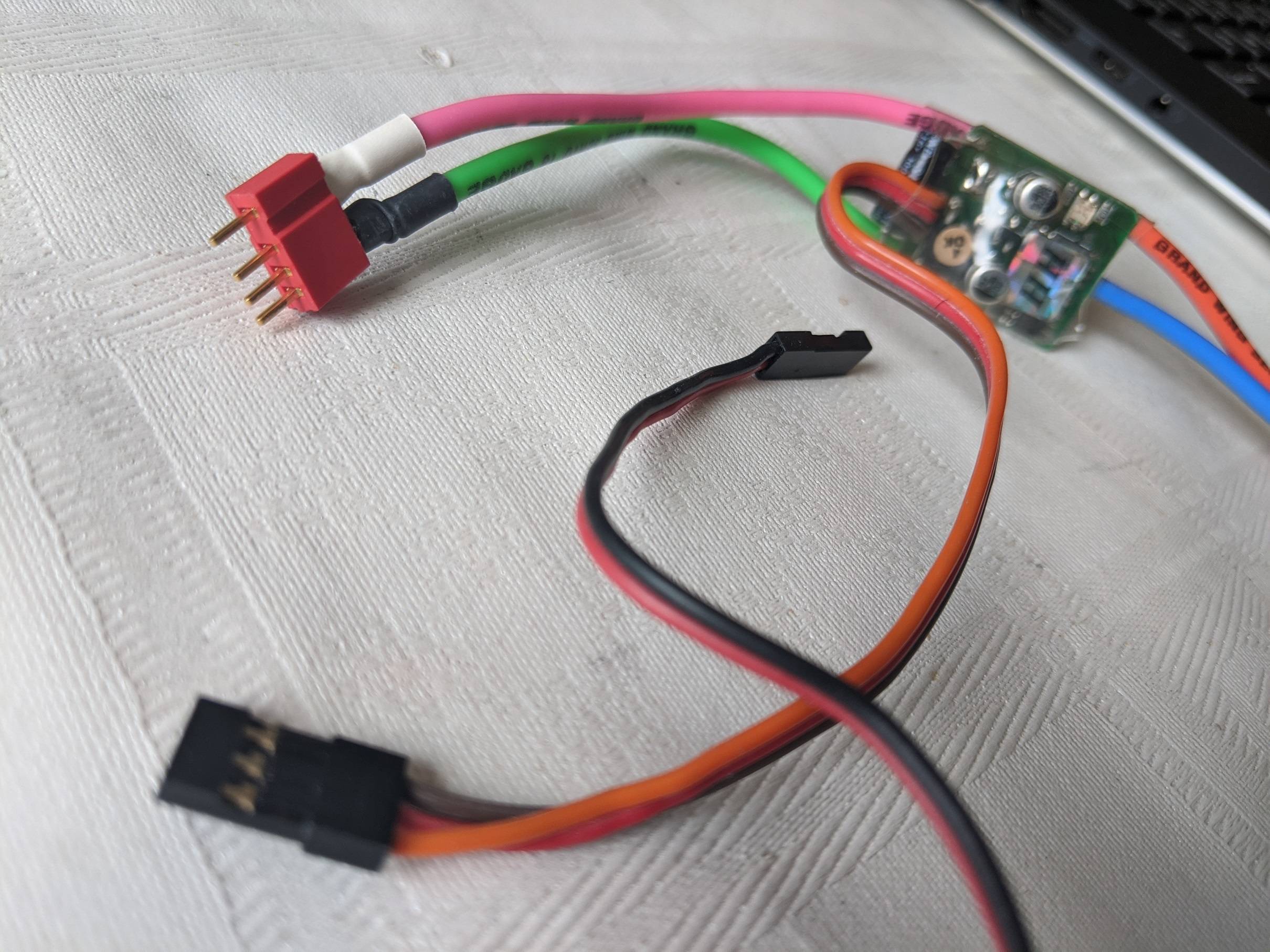 As an aside, I'm a bit mystified by the battery connector, since it has 16 guage wires onto the ESC, but then connected to much smaller guage wires with a JST plug. I don't have any specs on the ESC itself unfortunately, so don't know what the rated current is and consequently whether or not I should be concerned about those wires!

That looks like a 4 pin Deans Micro Plug, which goes by WS Deans part number 1242.

Regarding your wire thickness, as you say it all depends on the expected current. If you can identify the current rating for the smallest wire in the circuit, you could add a similarly rated fuse and do some bench testing and current measurements - and if the fuse blows, then the wire probably would too and should be replaced.

Personally I'd junk both the ESC and motor and go brushless. You'll save weight, gain efficiency, be able to use a bigger prop and it won't wear out. And that ESC probably doesn't have a lipo-friendly low voltage cut-off.

2
Effect of motor load on ESC?
5
How to create a motor startup tone with a BLHeli ESC?
4
ESC burned twice
1
What type of connector is used on the DJI manifold 2?
6
Help finding ESC for brushless motor
5
ESC shutting down when motor loaded
2
How to connect Opto esc to BLDC Motor
4
Brushless Motor/ESC Voltage Cut-off
3
Lipo battery with an ESC and a BLDC motor
3
Motor doesn't work, ESC doesn't calibrate