How to pick parts for a quadcopter flying on Mars?

So let's say I wish to build a quad to fly a GoPro around in Mars. How should I go about planning the build (target AUW [all-up weight], motor to motor distance, propulsion & power system, etc.)? I'm especially interested in how the planning process would differ from what we do currently on Earth?

You wouldn't want to be responsible for the design of such a project. :) Between the environmental constraints (atmospheric pressure, temperature, etc.) and physical requirements (extreme radiation tolerance, etc.), this would be an incredibly difficult thing to make.

Believe it or not, there is actual flight hardware being prepared to do something just like this on Mars in the near future as a part of the NASA Mars 2020/Perseverance mission. The Mars Helicopter Ingenuity is a fully-autonomous helicopter that is planned to be used for aerial reconnaissance and surveying of the Perseverance rover's path. It's a truly insane piece of engineering: 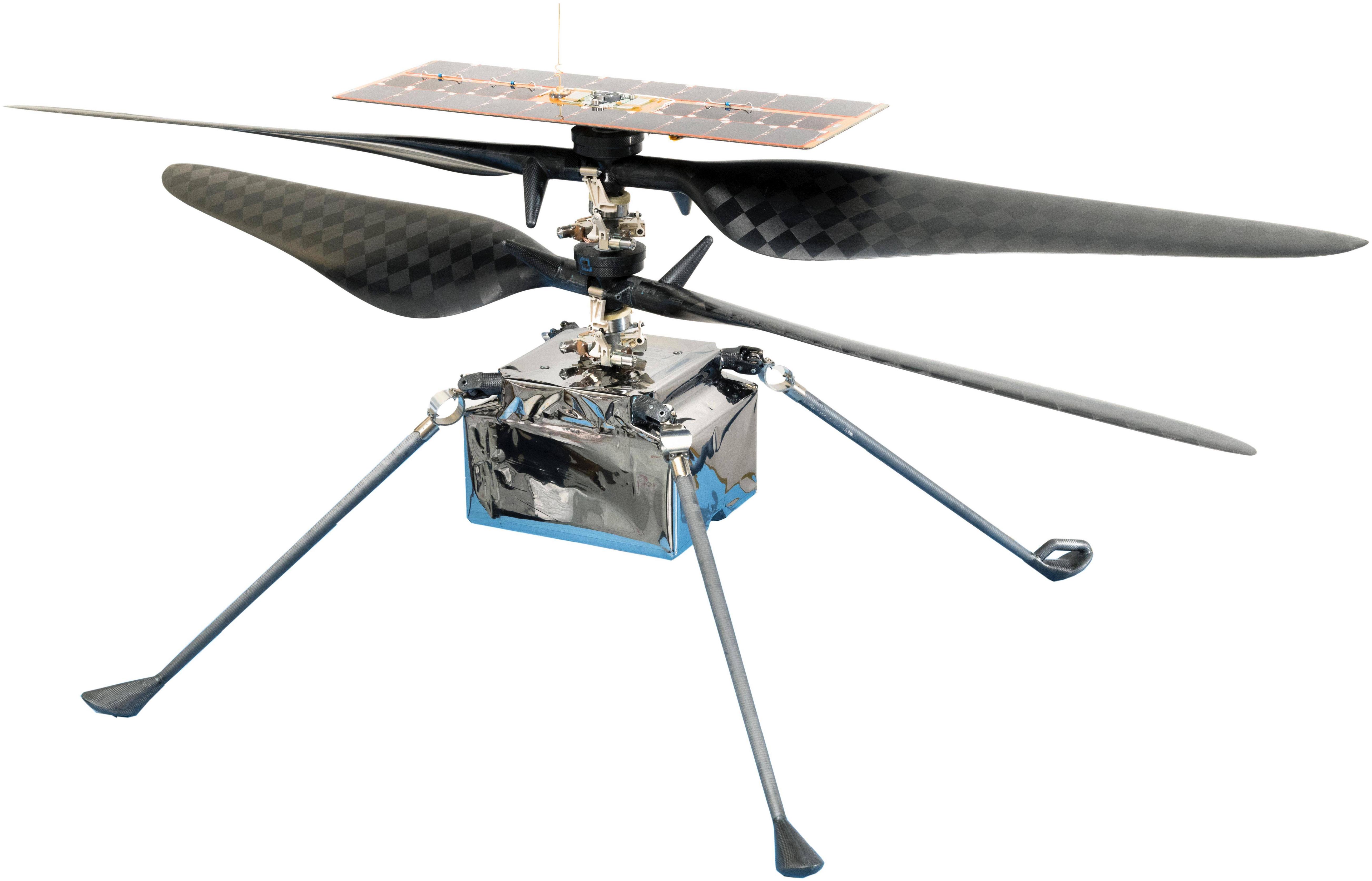 Some fun facts about the craft: (sourced from the Wikipedia articles linked to above and the YouTube video linked to below)

Operating conditions: (again sourced from the Wikipedia articles linked to above and the YouTube video linked to below)

The YouTube channel Veritasium has an excellent video discussing this project and the development of the helicopter design with the CalTech/JPL engineers who built the thing, which I think is well worth watching.

I’m not an expert on Mars’ atmosphere or planetary conditions, but there are several aspects that you’d need to consider.

The first is that the atmosphere on Mars is very thin - equivalent to an altitude of around 35Km on Earth according to this source. You’d need a propulsion system that could cope with that.

Another thing to consider is that Mars does not have a GPS system as such - the number of satellites is relatively small compared to Earth and, as far as I am aware, they are primarily for scientific research.

You would also have to consider that Mars does not have a magnetic field in the same way that Earth does - it’s magnetic field is formed via interactions with solar wind. This would likely negate the possibility of having a compass to replace GPS.

It is also cold on Mars - according to this source, the average temperature on Mars is -60°C - far too cold for our standard electronics (especially batteries) to function.

Mars also has very high radiation levels. This means that you would have to protect the electronics from radiation.

Finally, you should also consider the fairly frequent and intense sand storms on Mars that would make operating an aircraft very hazardous.

Not the answer you're looking for? Browse other questions tagged quadcopters or ask your own question.