There are various transmitter modules like the FrSky R9M system which operate at around 900MHz rather than the more commonly seen 2.4GHz. Why is 900MHz better for long range drones, and why is 2.4GHz so common if 900MHz can provide better range?

The strength of an electromagnetic signal will attenuate (decrease in strength) over long distances between the receiver and the transmitter due to the inverse square law, but this phenomenon applies equally to all wavelengths/frequencies.

The main difference in transmission distance capability between long-range RC systems like TBS Crossfire and FrSky R9M (which use the 900 MHz ISM band) and run-of-the-mill RX systems that use the 2.4 GHz band is due to the diffraction (and reflection) of the signal by obstructions in and around the line of sight between the transmitter and receiver. This process is explained well in this Electronics.SE answer. Essentially, lower frequency (longer wavelength) signals are less susceptible to signal strength losses by reflection and diffraction because they require larger objects to affect the signal in the same way.

At extremely long ranges (like over the horizon), other effects also come into play like the ability of lower frequency signals to more easily reflect off the curved surface of the earth and the ionosphere, but these kinds of transmission distances aren't an issue for RC aviation for more practical reasons. :)

2.4 GHz RC solutions are far more ubiquitous because the antennae required to transmit and receive signals at a frequency of 2.4 GHz are far smaller than those required for 900 MHz. This is due to the change in wavelength between the two frequencies and is evident in the size difference between 2.4 GHz receiver antennae and those for 900 MHz: 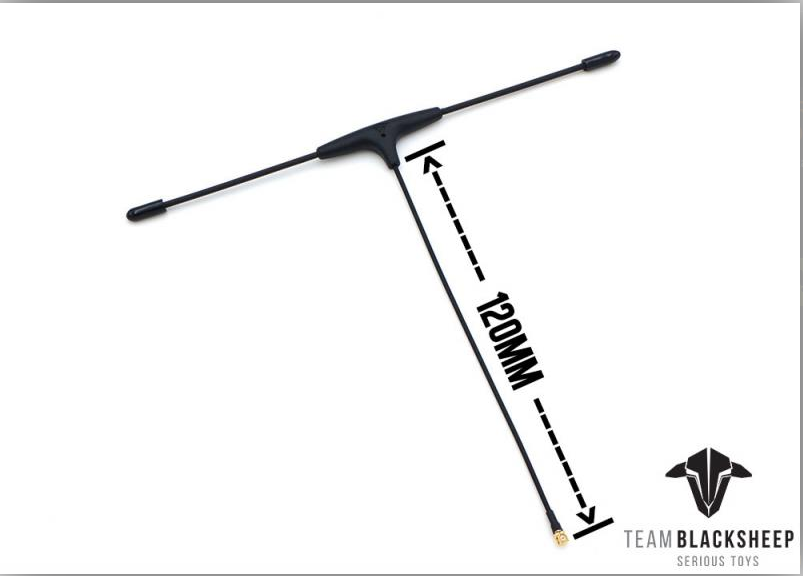 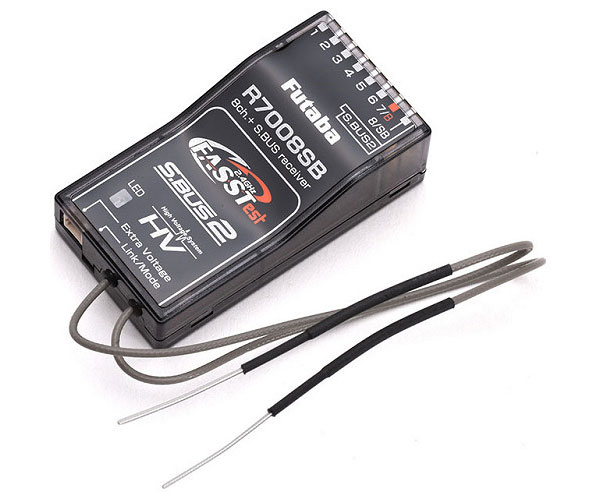 Besides the purely physical considerations listed in ifconfig's answer, there's another reason, and it has nothing to do with frequency, but with how the signal is encoded and decoded. The Crossfire and R9M systems, besides using a lower frequency, also use a piece of hardware called LoRa. This is a chip that allows a far more robust encoding of information and better reception due to that: at ranges where "traditional" packets get corrupted due to the signal dropping below the noise floor, LoRa allows to still extract useful information. In fact, this is the main reason why Crossfire demonstrated such unheard-of long range performance, the lower frequency being a secondary factor.

Since most of the magic happens in the modulation/demodulation of the raw radio signal, which isn't something that could be done purely in software, you need to have a special chip dedicated to that. So it seems very likely that the real reason why TBS originally chose 900 MHz for the Crossfire system was because there simply was no LoRa hardware for frequencies above 900 MHz at the time[*].

In fact, there still isn't any (official) support for higher frequencies. However, some RC system designers have managed to adapt the existing 900MHz chips to work at 2.4G anyway, so now there's a new generation of LoRa-based 2.4 GHz control links.

These systems, like ImmersionRC Ghost and ExpressLRS, demonstrate the same ridiculous 5+ kilometer ranges, quite comparable to those of the 900MHz links. And even though 900MHz still has greater range (since the purely physical considerations do matter), the difference is way smaller: 2-3x, instead of 10-15x, as it was compared to the older 2.4G links.

[*] It must be noted that commercial video drones, such as those offered by DJI, have used their own 2.4G long-range system since forever, easily reaching multi-kilometer ranges before Crossfire became available. I have no idea what kind of encoding and radio hardware they were/are using.

4
Why is 5.8ghz used for FPV and 2.4ghz use for transmitters?
5
What technology offers the longest range for RC controls?
14
Why are larger propellers generally more efficient than smaller ones?
3
In what direction should I orient the dipole antenna on my 2.4 GHz RC transmitter?
8
What obstacles are there in making ultra long range model aircraft?
4
EU Citizens: range settings of DJI Digital FPV system (FCC vs CE)?
2
recommendations for a DIY/dev platform lifter drone
5
Should VTX ever be lower freq./higher power than the control transmitter?
3
Aside from the question of cost, is there any other reason why the cellular network is not used for drones (apart rare exceptions)?