Do propellers layered on top of each other have twice the thrust of one propeller?

If not, what factors affect this?

The propellers are pushing down on the ground by the way.

propellers thrust
Share
Improve this question
edited May 19 '20 at 23:18

At least at the small/model scale, the answer is no. There is significant efficiency loss due to the stacked propellers not receiving the same clean air as they would if they were horizontally separated.

This is demonstrated experimentally in a Youtube video by rctestflight which compares the efficiency/thrust production of three different propeller configurations sharing the same propeller type and motor type: 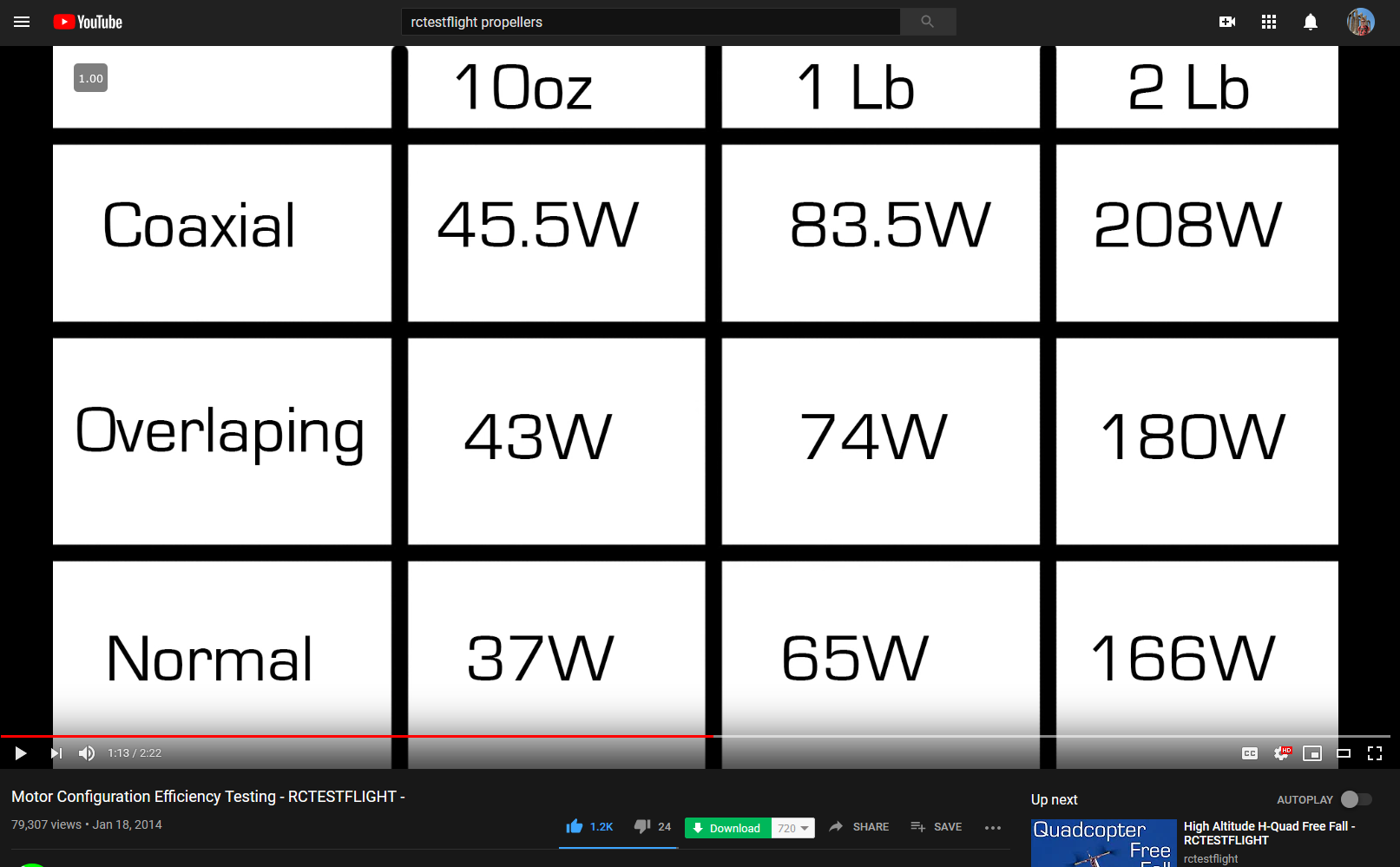 To quote Daniel from rctestflight in his video:

To me, losing 25% efficiency is not worth the small form-factor and increased ease of transportability that a coaxial system produces.

TLDR: The thrust would not double. You can get close but it won't be easy.

There are a lot of factors affecting this but in my experience the distance between props dominates.

I once built a push-pull RC airplane and got close to 180% the thrust of a single prop. The configuration is similar to the Dornier Do335: 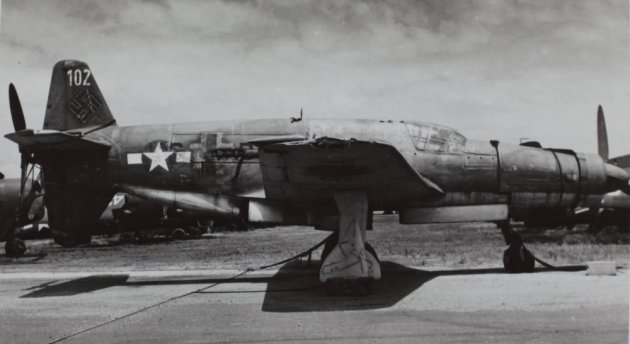 So you can get quite close to double. But look at the distance between the props. That's at least 5 times prop width.

I've also tried building a coaxial two motor EDF unit. The result was I got at best around 106% thrust - that's right, the second motor takes twice the power but only adds 6% of additional thrust.

I've also tried coaxial configurations outside of a ducted system and got around 120% thrust. So a second motor takes twice the power but added 20% thrust. This was OK because at the time I was depending on the coaxial rotation to counter torque.

But this is all anecdotal from my personal experience. So I wanted to find any research on this and it turns out that someone at Rutgers University have already done the experiments: https://rucore.libraries.rutgers.edu/rutgers-lib/55491/

Note that they managed to get almost double the thrust of a single propeller: 197%. But for this to work the second propeller had to have a much higher pitch than the first.

But do note that in the section of the report about thrust measurements (page 46) the author cautiously noted:

Although a multirotor system could benefit greatly from a coaxial arrangements, some can be an exercise in futility.

If you really want to know if your idea would work I'd suggest building a test jig and measure the thrust. Use the Rutgers paper as a guide for how to tweak the configuration (eg: making the second prop have higher pitch)

Not the answer you're looking for? Browse other questions tagged propellers thrust or ask your own question.

4
What impact does a shroud have on the torque produced by the prop(s) of a multirotor that incorporates a properly designed shouded propeller?
12
Why do most drones have upward facing motors?
3
Do propellers at different angles work the same? And do intersecting flows of air work the same?
4
How useful is knowing the torque generated by a motor prop combination?