How hot is too hot for a VTX?

I have heard that when a VTX gets too hot, it can cause irreversible damage to the VTX. I have sometimes noticed that the VTX on my 5-inch drone gets very hot to the touch. How hot is too hot for a VTX and what are some signs that the VTX on my drone might be getting too hot?

video-transmitters maintenance temperature-rating
Share
Improve this question
edited May 14, 2020 at 19:44 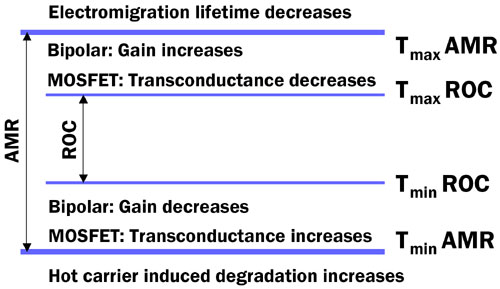 Abiding by the manufacturer's specs for thermal limits is usually a good idea assuming they're published, but staying below 70-80 °C is always good.

Redlining temperatures in between the ROC and AMR will result in decreased efficiency and abnormal behaviors of the transistors in the ICs and switching components in the VTX, like the power regulators (most of which use inefficient linear regulators which dump a lot of wasted energy as heat) and signal processors. Some of these abnormal behaviors may cause the kind of irrevocable damage to the VTX mentioned in the OP and will for sure decrease the VTX's power efficiency.

This can cause the VTX to fail mid-flight and leave you high and dry without a video feed. High VTX temperatures could also have adverse effects on other parts of your drone if in close proximity by heating them up as well.

As Oscar Liang points out, you could try:

Not the answer you're looking for? Browse other questions tagged video-transmitters maintenance temperature-rating or ask your own question.

6
Why does the video cut out on HX-100 drone?
13
Why is it bad to power up a drone without an antenna on the VTX?
9
How to clean a drone?
3
Video breakup problems with high power using The Force VTX?
3
How hot should an ESC get?
5
What is a "mushroom antenna"?
5
Quality of transmitted image and electrical problems
6
Video is lost after crashing
5
Can I mount my RX and VTX antennae next to one another?
2
recommendations for a DIY/dev platform lifter drone