Flying a UAV with a banner?

I want to attach a banner to a UAV like this:

I have two questions:

Briefly sketching forces that act on the banner, we can see that there needs to be two strings connecting to the aircraft at A. There's also no force that directly counters the weight of the banner, but aircraft tend to solve this problem by simply increasing the length of the banner and having the power to overcome the added air resistance.

It should be possible so long as the aircraft has enough spare thrust and lift to counteract the drag and weight. Many model aircraft have good power-to-weight compared to their full size equivalent.

You can fly banners from both fixed-wing or rotary wing aircraft, in slightly different ways. Fixed wing banner extends behing the aircraft, whereas on a helicopter or multirotor the banner hangs below. 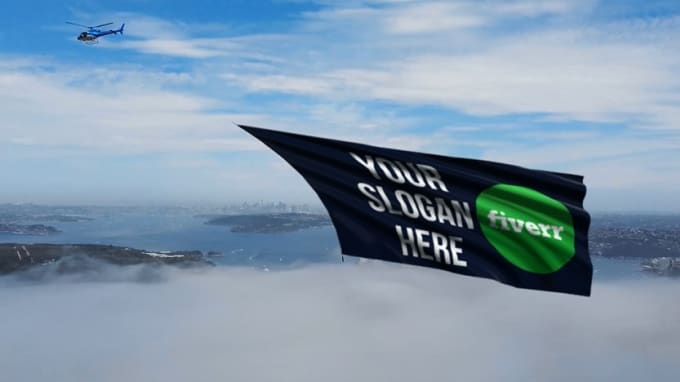 It is definitely possible to attach a banner to an RC plane. There are many people who have done it and It should be relatively simple. Some things to consider are: 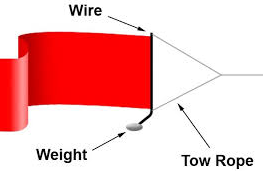 Not the answer you're looking for? Browse other questions tagged hardware design or ask your own question.

8
How do I pick my gear when getting started with FPV multirotors?
3
How does a propeller with more blades create more "grip"
5
Does motor KV requirement scale linearly with voltage?
7
How can I run 2207 2450Kv motors on 4S with 7” props?
8
What can I do with a LiPo whose balance lead has been destroyed?
5
Can I replace the switches on my taranis qx7s with switches from a X9D?
8
How to keep my prop from flying off my motor?
3
Could using a 2.4GHz controller frequency interfere with an onboard computer trying to access 2.4GHz WiFi networks?